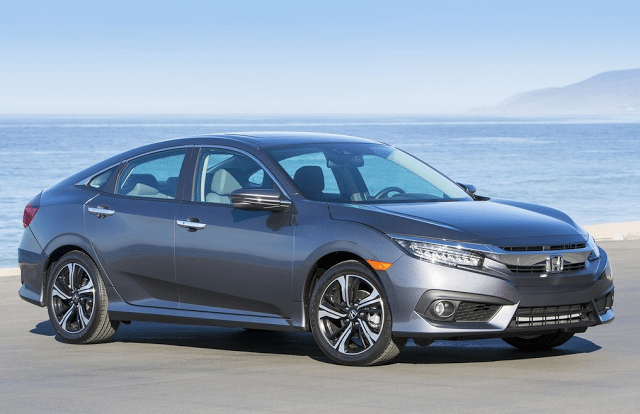 The Toyota Camry has a new challenger at the top of the leaderboard. The Camry, America’s best-selling car in each of the last 14 years, outsold its nearest rival by more than 66,000 units during the 2015 calendar year.

That rival, the Toyota Corolla, ranked third in the first month in 2016. The Honda Civic, on the other hand, produced a 43% year-over-year increase to 26,741 units, just 107 sales shy of the Camry’s top-ranked total.

The Civic’s nearest rival in 2015 was in fact the Corolla, sales of which plunged 18% as the Civic gained strength clearing out remaining ninth-gen models and welcoming the highly regarded tenth-gen car.

Aside from the Civic, no car in the top 20 posted a greater year-over-year increase than the Dodge Charger. U.S. Charger volume jumped 30% to 9164 units, and it’s a good thing. Not only did the Dart tumble, but sales of the Chrysler 200 – typically FCA’s top-selling car – plunged 63% to fewer than 6000 sales.

Historical monthly and yearly sales figures for any of these best-selling cars can always be accessed through the dropdown menu at GCBC’s Sales Stats page, and for those not viewing the mobile version of this site, near the top right of this page, as well. GoodCarBadCar has already published the list of America’s best-selling trucks and best-selling SUVs in January 2016.

The Subaru Outback and Subaru XV Crosstrek, formerly listed among cars at GCBC, are now ranked with SUVs/crossovers.