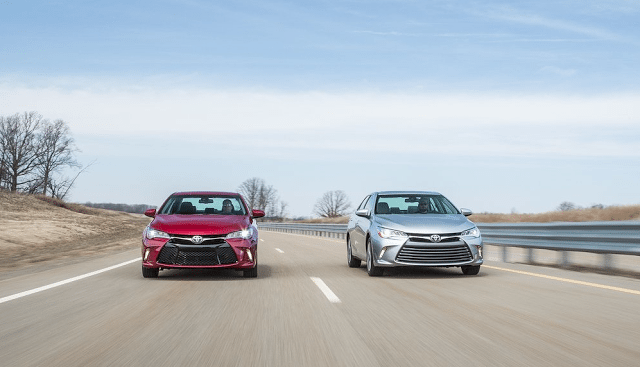 Toyota Camry sales fell 2% in the United States in February 2016, a modest decrease of 537 units compared with February 2015. But the Camry’s volume was more than strong enough to fend off its closest rivals – and its closest siblings – in order for the Camry to once again end a month as America’s best-selling car.

Many of the Camry’s rivals did, however, accelerate at a healthy rate in February. The Honda Accord, which was the last car to outsell the Camry, jumped 19%. Ford Fusion sales rose 12%. The Chevrolet Malibu and Hyundai Sonata reported significant gains: 53% and 25%, respectively.

Numerous compacts posted big increases, as well. The Toyota Corolla was up 5%, Honda Civic volume shot up 32%, and the Nissan Sentra, Ford Focus, and Kia Forte all produced gains of at least 30%.

Historical monthly and yearly sales figures for any of these best-selling cars can always be accessed through the dropdown menu at GCBC’s Sales Stats page, and for those not viewing the mobile version of this site, near the top right of this page, as well. GoodCarBadCar has already published the list of America’s best-selling trucks and best-selling SUVs in February 2016, links to which you’ll find at the bottom of this post.