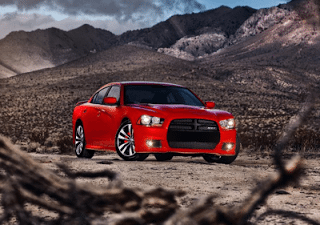 Besides, February 2012 was a bit of an anomaly, even when we take the Camry’s high standards into account. Camry volume had shot up 27% after rising 64% the year before. So to see Camry sales falling in February 2013 means little for two reasons: it’s still the most popular car in America, and matching last year’s output would have been a huge undertaking.

Ford Fusion sales shot up 28% in February. That was enough for the Fusion to lay claim to a podium position, but not enough for the Ford to overtake the Honda Accord, which posted a 35% increase. America’s four most popular cars in February were midsize sedans (with the odd coupe thrown in). The next four were compacts, then the Toyota Prius range, another compact, and then four bigger cars again. Speaking of bigness, the Dodge Charger landed on this list of America’s 20 best-selling cars in February.

Which cars didn’t make such a landing? In January, the Dodge Avenger and Volkswagen Passat were America’s 17th and 19th-best-selling cars. Those two cars fell out of the top 20 in February, making way for the Charger and the Mazda 3. Volkswagen Of America reported its lowest-volume Passat sales month since January of last year. Year-over-year volume dropped 8%. Dodge Avenger volume, meanwhile, rose 52%.

Historical monthly and yearly sales figures for these vehicles and every other nameplate on sale can always be accessed through the dropdown at GCBC’s Sales Stats page. GCBC already published the February rankings of America’s best-selling trucks and SUVs. Below, you’ll find the 20 most popular cars in America ranked by February 2013 sales.