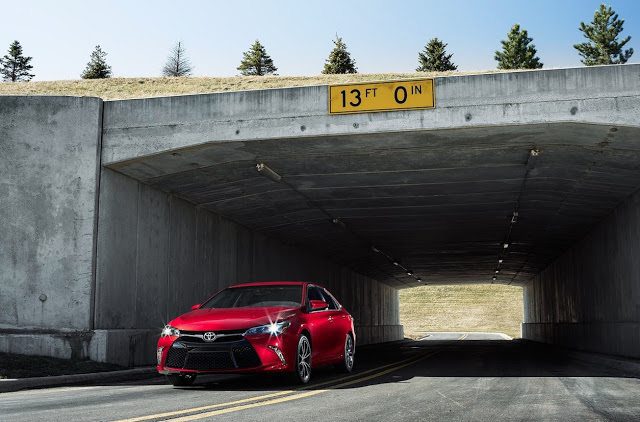 The Toyota Camry’s U.S. sales took a 13% dive in August 2016, continuing a trend that’s seen both Camry and midsize cars in general sell less and less often in the United States.

The Camry pipped its nearest competitor, the Honda Civic, by a mere 57 sales in August 2016. The second-ranked Civic led all small cars, outselling the next-best-selling Toyota Corolla by more than 2000 units. The Camry’s next-best-selling direct rival, the Honda Accord, was 2749 sales back of the midsize Toyota.

A sharp drop-off to the fifth-ranked Chevrolet Cruze – which finally reported a year-over-year increase after a rough start to the year – separated the four top-selling North American-built “imports” from the pack.

But the Accord’s 26% drop was not the worst of the bunch. Seven of America’s 20 most popular cars posted worse percentage declines in August 2016.

Historical monthly and yearly sales figures for any of these best-selling cars can always be accessed through the dropdown menu at GCBC’s Sales Stats page, and for those not viewing the mobile version of this site, near the top right of this page, as well. Mobile users can now thumb across the table for full-width access. GoodCarBadCar has already published the list of America’s best-selling trucks and best-selling SUVs in August 2016.