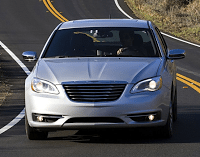 The Toyota Camry retained its title of America’s favourite car in August 2011 as no rival came within 7000 sales of the leader. Toyota’s 2012 Camry recently debuted, but it doesn’t appear as though many buyers considered waiting. The Toyota brand was down 13.6% but Camry sales fell just 1.9%.

Only six of August’s Top 20 Best-Selling Cars In America wore domestic badges. Their leader? The Chevrolet Cruze – there are four Cobalt sales built in to the August total – was far and away America’s best-selling American car last month while also standing out as America’s most popular compact car. Chevrolet compact sales nearly quadrupled compared with August of last year.

Speaking of American cars, enter the Chrysler 200. Its year-to-date total includes some Sebrings, too, and compared with the Sebring’s output last August, sales of Chrysler’s midsize sedan and convertible jumped 141.5%.

The Honda Accord no longer includes the awful Crosstour crossover. The Crosstour lives on, just without the Accord nomenclature. While this doesn’t affect the Accord’s year-over-year change, it will make it that much harder for the Accord to be America’s best-selling car. The Crosstour found 1422 buyers in August. On that note, 1897 of the Volkswagen Jetta’s 14,500 sales are actually Jetta SportWagens, Golf Wagons by any other name.