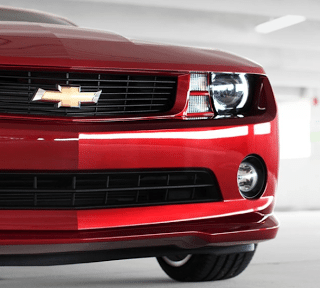 In fact, Camry sales shot up to nearly 405,000 in a climate that supported only negligible job growth, in an economy that’s sputtering at best. And it’s not as though the Camry was the only machine to post surprisingly high volumes. Ford F-Series sales grew 10% to 645K.

Each of America’s 22 best-selling passenger cars in 2012 found at least 100,000 buyers. Last year only the top 18 accomplished that feat. No car sold more than 400,000 copies in 2011, and only one sold more than 300,000 times. In 2012, the second, third, fourth and fifth-best-selling cars all sold more frequently than the second-best-selling car of 2012. That car was the Nissan Altima, and it dropped to fourth spot in 2012. Ford’s Fusion fell from fourth to seventh, making way for the Ford Focus to own the title of America’s best-selling American-badged car.

What else has changed?  Not much: the Chevrolet Camaro hung on to its top 25 spot (falling to 25th from 22nd). Mercedes-Benz’s C-Class fell off, but not because of falling sales. The only other car missing from last year’s top 25 is the Dodge Charger, replaced by Dodge’s own Avenger. That C-Class disappearance made way for another German car, however. The Tennessee-built Volkswagen Passat ranked 19th in U.S. passenger car sales in 2012.

You can find detailed historical monthly and yearly U.S. sales figures for any make and model by making your selection from the dropdown menu at GCBC’s Sales Stats home. Other best seller lists are linked up at the bottom of this post. Get to know 2012’s top 25 best-selling cars in America before running off, though.