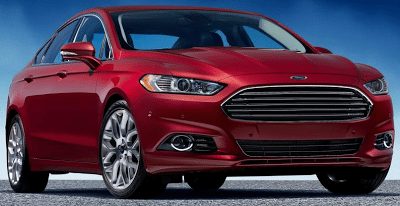 There was good reason for the U.S. auto industry’s decline in September 2013. The month was shortened by two days as automakers included Labour Day weekend sales in August’s results. September 2013 possessed just 23 selling days compared with 25 a year earlier.

Nevertheless, in the far right column of this exhaustive GoodCarBadCar list of every vehicle on sale, there’s plenty of red font, manifesting declining September sales. In fact, more than 60% of the vehicle nameplates on sale in America reported lower volume this September.

Among continuing, non-extinct/temporarily retired models, the worst monthly declines were reported by the Infiniti QX70 (formerly FX), Acura TL, Mercedes-Benz S-class, Scion iQ, Jaguar XK, and Chevrolet Cruze, all of which sold less than half as often this September as they did in September 2012. Through the first three quarters of 2013, the Kia Sedona’s 63% drop stands out, as does the Scion iQ’s 51% decline.

Speaking of falling sales at Kia, seven of the brand’s eight models reported year-over-year declines in September 2013. The only model which didn’t was the Cadenza, which wasn’t on sale a year ago and thus displays no year-over-year change. The Cadenza is America’s 188th-best-selling vehicle, having been on sale since late April. Brand-wide, Kia sales are down 4.3% this year, although third quarter sales were up 3% before September began. Kia’s DSR in September fell 14% as volume slid 21%. 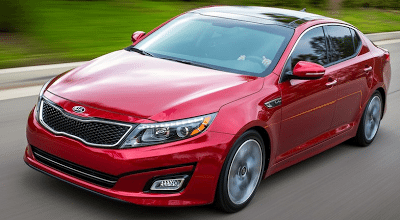 North of the border, Kia Canada hasn’t reported a year-over-year increase in any of 2013’s nine months. Regardless of the degree to which supply issues are constraining volume, Kia dealers are selling fewer vehicles this year. Fortunately, the brand’s best seller, the Optima midsize sedan, America’s 25th-best-selling vehicle, has reported an 8.1% YOY increase this year, slightly outpacing the industry’s growth.

Ford, of course, lays claim to the title of America’s best-selling brand, a feat it couldn’t accomplish without the best-selling F-Series, America’s most popular vehicle line. At this time last year the F-Series was 148,945 sales ahead of the second-ranked Toyota Camry. This year, with an increase of 95,773 units over the course of nine months, the F-Series’ lead over the second-ranked Chevrolet Silverado is 198,731-units strong.

Camry sales have improved, but only slightly, and its lead over the Honda Accord stands at a very safe 36,888 sales. At the end of September 2012, the Camry was 66,941 sales ahead of the Accord.

The Nissan Altima continues to be the best-selling competition for the Camry and Accord, but recent talk regarding a potential Camry-beater has centred on the Ford Fusion. And yes, Fusion sales shot up 62% in September 2013. But it’s important to remember that such a year-over-year comparison takes into account the Fusion’s worst sales month since January 2010. At just 12,300 September 2012 sales, Fusion sales had fallen 37%. Compared with Ford’s September 2011 performance, Fusion sales last month were up 2.4%, certainly more modest growth.

These are year-to-date rankings, but you can sort vehicles by September volume by clicking the September 2013 column header, or you can rank vehicles by improvements or declines using the % columns. Or, most importantly, you can list automakers together by selecting the Vehicle column header. Just remember, the list is horizontally flipped from the norm: YTD on the left, monthly data on the right.

Source: Automakers & ANDC Italicized unranked lines are nothing more than available breakdowns, already included in the model’s total, not in addition to the model’s total.
Sales data for brands such as Aston Martin, Ferrari, Lamborghini, Lotus, Maybach, Rolls-Royce etc. are unfortunately not broken down by model. estimates say sales for those brands in the first eight months of 2013 were 621, 1458, 414, 198, zero, and 756, respectively. HybridCars.com estimates that Tesla Model S sales totalled 14,250 units through nine months, which would be good enough to place it in the top 150 overall. Total Maserati and Bentley volume is reported, but not by specific models.
* Total Toyota Prius family sales up 1.9% to 186,756 in 2013, down 16.1% to 15,890 in September.* Combined, the new Q50 and the outgoing G sedan are down 13.8% to 30,844 this year but rose 47.6% to 4144 in September. The Q50, Q60, and all G cars are down 15.3% to 39,003 this year – good enough to crack the top 80 – but rose 35.7% to 4988 in September.* Chrysler markets the Ram not as a Dodge but as… er, a Ram, but we show it and the SRT Viper here as Dodges so you can see the vehicles with like-minded products when you sort vehicles alphabetically using the Vehicle column header.