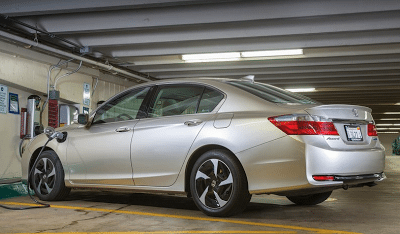 Americans are not buying new vehicles at a record pace. But compared with that to which we’ve become accustomed since the end of 2007, the number of new vehicles being purchased or leased in 2013 – particularly the number of trucks and utility vehicles – seems wildly high. GCBC ranks all 268 of those vehicles by November 2013 year-to-date U.S. sales in a massive sortable table below.

Much of the improvement can be seen among vehicles which were the most popular in 2012, and thus obviously continue to be the most popular in 2013. Sales of America’s best-selling vehicle line, the Ford F-Series, are up 19.5% in an overall market that’s up 8.3%. Honda Accord sales are up 10.6%. America’s two favourite utility vehicles, the Honda CR-V and Ford Escape, are up 7.5% and 12.7%, respectively, and their two bigger three-row siblings, Pilot and Explorer, are up 13.7% and 19.4%.

More expensive is better? While the six best-selling mainstream brands have reported an average year-over-year year-to-date increase of 8%, the average YOY YTD increase among the six leading premium brands is 13.6%. As the overall non-commercial van new vehicle market has improved by 1,072,748 sales, Mercedes-Benz, BMW, Lexus, Cadillac, Acura, Audi, Land Rover, Porsche, Jaguar, Maserati, and Bentley have added 165,087, or 15.4%, of those new sales.

For so-called premium brands, it helps to have newer, less expensive models that compete quite directly with vehicles from mainstream brands. BMW has collected 17,630 more sales this year from the 127th-ranked X1. In a little less than three months, Mercedes-Benz has added 10,828 sales with the 171st-ranked CLA-Class. Cadillac’s entry-level 104th-ranked ATS accounts for one out of every five Cadillac sales and has added 30,403 sales to Cadillac’s 2013 U.S. sales total. The starting point for sedans at Lexus, the Camry-based 68th-ranked ES and the 3-Series fighting 113th-ranked IS, have added 20,589 sales to the tally at Toyota’s upscale division.

There are no new entries in November 2013’s year-to-date rankings of every new vehicle on sale, but you will notice a big increase from the recently reintroduced Jeep Cherokee nameplate. In the 172nd position through eleven months, the Cherokee has moved up 71 spots from its October slot.

There were exciting improvements introduced in last month’s ranking of vehicle sales. Prior year figures now include the actual numbers from last year, not just the percentage increase from last year. As a result, we’ve also included vehicles like the Ford Crown Victoria and Suzuki XL7, nameplates which collected sales in 2012 but not this year. More importantly, there are now visible brand results, so when you sort the table by vehicle names to showcase all Land Rovers together, for example, you’ll also see the Land Rover brand’s total. Manufacturers are shown in bold for differentiation between makes and models. At any time, click the Rank column to return to the original format. If you’re on a mobile device, you may need to choose the full version of the site (at the bottom of the page) in order to use the sortable function.

Reminder: these are year-to-date rankings, but you can sort vehicles by November volume by clicking the November 2013 column header, or you can rank vehicles by improvements or declines using the % columns. Or, most importantly, you can list automakers together by selecting the Vehicle column header. Just remember, the list is horizontally flipped from the norm: YTD on the left, monthly data on the right.

Source: Automakers & ANDC
* Italicized unranked lines are nothing more than available breakdowns, already included in the model’s total, not in addition to the model’s total.
^ Brand total includes sales of commercial vans. Dodge/Ram sales figures are isolated here.
¹ Chrysler markets the Ram not as a Dodge but as a Ram, but we show it and the SRT Viper here as Dodges so you can see the vehicles with like-minded products when you sort vehicles alphabetically using the Vehicle column header.
² Total Prius Family sales: up 0.9% to 218,508 YTD; down 2.3% to 16,129 in November.
³ BMW has chosen to include sales of the 4-Series within figures for the 3-Series, presumably for year-over-year consistency’s sake.
† Total Infiniti G/Q50/Q60 sales: down 5.4% to 51,388 YTD; up 59.2% to 7702 in November.
‡ Acura has chosen to combine sales figures for the RLX and its predecessor, the RL.
Sales data for brands such as Aston Martin, Ferrari, Lamborghini, Lotus, Maybach, Rolls-Royce etc. are unfortunately not broken down by model. estimates say sales for those brands in the first eleven months of 2013 were 759, 1782, 506, 242, zero, and 924, respectively. Bentley sales are up 21% to 2519 this year; Maserati sold 3715 cars in the first eleven months of 2013, up 55%, and reportedly, Tesla Model S sales had risen to 15,550 through ten months. Tesla, unfortunately, doesn’t release model-specific monthly U.S. sales data. With hard and fast sales data, we would likely discover that the Tesla Model S is one of America’s 150 best-selling vehicles.
This post was corrected at 12:13 PM AT on the original date of publishing after the first version said the Nissan Rogue was the 127th-best-selling vehicle in America.