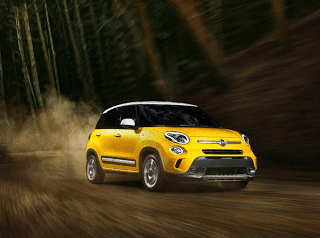 The Ford F-Series, America’s best-selling vehicle yesterday, today, and tomorrow, outsold the combined efforts of GM’s twin trucks, the Chevrolet Silverado and GMC Sierra, by 37,267 units in the first six months of 2013.

Honda used to call the Crosstour an Accord, and if you combine the sales of all three bodystyles – Crosstour, Accord sedan, Accord coupe – the sedan-only Toyota Camry has still managed to outsell the Honda trio by 12,198 units so far this year.

Other separate but closely-united entities: the Hyundai Sonata and Kia Optima combined for 186,468 sales in the first six months of 2013, nearly as many as Honda managed with the Accord. The Ford Fusion’s figure rises to 175,586 if you join the Lincoln MKZ to its hip. Granted, the Toyota Camry’s total increases to 241,119 if you include the Lexus ES in its tally. If the Acura ILX was just a premium-oriented Civic with a Honda badge, the Civic would be 10,456 sales ahead of the Toyota Corolla (and Matrix) rather than 268 sales back of the Toyota.

General Motors sold 177,073 copies of its Chevrolet Equinox/GMC Terrain fraternal crossover twins in the first half of 2013, 20,447 more than Ford managed with the Escape, which has no Mercury brother. Chrysler’s famous minivan duo is 52,379 sales ahead of the Honda Odyssey but, separately, rank third and fourth among minivans. Porsche has sold 3932 Boxsters and Caymans this year – the Cayman is a hardtop Boxster, after all.

We could go on, and on, and on. So many of today’s vehicles are linked by so much more than floorpans. Fiat added the 500L to its North American lineup in June. It is currently America’s 239th-best-selling vehicle. Honda dealers found two S2000s to sell. Jaguar’s F-Type moved up to 238th spot, up from 243rd. The Kia Cadenza moved up from 235th to 216th.

These are year-to-date rankings, but you can sort vehicles by June volume by clicking the June 2013 column header, or you can rank vehicles by improvements or declines using the % columns. Or, most importantly, you can list automakers together by selecting the Vehicle column header. Just remember, the list is horizontally flipped from the norm: YTD on the left, monthly data on the right.

Source: Manufacturers & ANDC
Red font indicates year-over-year declining sales
Italicized unranked lines are nothing more than available breakdowns, already included in the model’s total, not in addition to the model’s total.
Sales data for brands such as Aston Martin, Ferrari, Lamborghini, Lotus, Maybach, Rolls-Royce etc. are unfortunately not broken down by model. estimates say sales for those brands in the first half of 2013 were 414, 972, 276, 132, zero, and 504, respectively. HybridCars.com estimates that Tesla Model S sales totalled 10,650 units through six months, which would be good enough to place it in the top 150 overall. Total Maserati and Bentley volume is reported, but not by specific models.
* Total Toyota Prius family sales down 5.1% to 120,214 in 2013, up 10.1% to 21,079 in June.