U.S. Auto Sales Brand Rankings – August 2013 YTD
All 152 Cars Ranked By U.S. August 2013 YTD Sales
All 89 SUVs Ranked By U.S. Sales – August 2013 YTD
Including commercial vans (which GoodCarBadCar ranks separately), more than 924,000 more vehicles have been sold this year than during the same period in 2012. The Ford F-Series alone has generated an extra 90,394 sales. GM’s Chevrolet Silverado and GMC Sierra are up by a combined 90,181 units. 47,022 more Ram pickups have been sold this year than last year. Car sales at American Honda’s namesake division are up by 56,873 units. Chrysler Group cars were up by 58,677 sales.

The 67th-ranked Toyota Avalon is currently outselling the Lexus ES. No calendar year has ended with the Avalon ahead of the ES since 2006. At this time last year, the ES was 9479 sales ahead of the Avalon. The ES was ranked 88th – it’s now ranked 69th. The Avalon was America’s 113th-best-selling vehicle at the end of August 2012.
The Chevrolet Corvette, America’s sports car, and the Porsche 911, one of the most iconic global nameplates in the history of the automobile, are America’s 173rd and 174th-best-selling vehicles, respectively. The Corvette’s 19-position slide from last year’s standing is as predictable as the 911’s slight improvement. 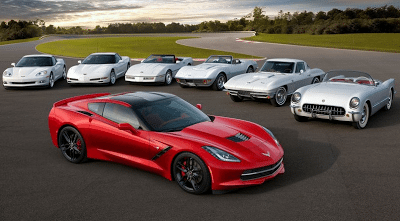 Many a sports car has reported significant year-over-year U.S. sales declines in 2013, from the Chevrolet Camaro to the Ford Mustang, Nissan 370Z, BMW 1-Series, Mazda MX-5, and Audi TT.
But Honda CR-Z sales are rising. Which is surely not an oft-used phrase.
These are year-to-date rankings, but you can sort vehicles by August volume by clicking the August 2013 column header, or you can rank vehicles by improvements or declines using the % columns. Or, most importantly, you can list automakers together by selecting the Vehicle column header. Just remember, the list is horizontally flipped from the norm: YTD on the left, monthly data on the right.
As always, you can find historical monthly and yearly sales figures for any of these vehicles by selecting a make and model at GCBC’s Sales Stats page.
Click Column Headers To Sort – August 2014 – September 2013 – July 2013 – August 2012