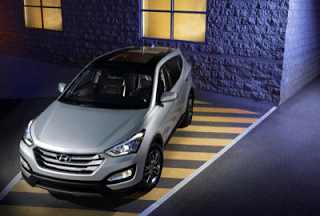 In July, America’s auto industry was once again expected to sell a much larger number of vehicles in 2013 than the industry did a year earlier. TrueCar reports that consumers were paying 1.2% more for new automobiles in July 2013 than they did in July 2013, pushed into buying and leasing by incentives which rose 7.6%

Hyundai reported its highest-volume July in the company’s history and, by rising 6.4%, reported the company’s best U.S. year-over-year sales gain of the year. Hyundai was propelled forward in July 2013 by the surging Santa Fe and still-rising Elantra. Chrysler’s 11% improvement would have been better had it not been for the dreadful declines posted by the Fiat 500 (down 889 sales), Chrysler 200 (down 1165 sales), and Dodge Charger (down 1240 units).

Ford, meanwhile, hadn’t sold this many vehicles in any July since 2006, and did so with more than 30% of their sales coming from the F-Series pickup. FoMoCo cars rose 4.4%, utilities rose 9.3%, and trucks were up 20%. After lowering goals last month, Volkswagen sales continued to slide in July, dragged won by the Golf, Jetta sedan, hardtop Beetle, Eos, CC, Tiguan, Touareg, and the defunct Routan. General Motors car sales rose 24% in July and total vehicle volume rose 16% as fleet volume accounted for less than one in five GM vehicle sales.

Audi volume rose 11.6% in July even as the A3 officially, and temporarily, disappeared. The Q5 added 1086 extra sales to Audi’s total. Subaru volume shot up 43% in July thanks mostly to a massive increase in Forester volume and a significant Outback improvement, too. Nissan set a July record as sales of the Altima, Versa, Pathfinder, and Rogue surged. While Kia’s Rio fell by more than 600 units, Forte volume was up by more than 1000 units, and Kia reported its highest-volume July in the company’s U.S. history.

Mitsubishi sales increased. Porsche’s 36% rise puts it among the most improved. Honda derived 51% of its volume from the Accord and Civic, as Honda did a year ago, but did so with fast-rising sales of its two best sellers. Mazda USA volume rose to the highest July level since 2007. Volvo’s three XC models attracted 51% of the brand’s July buyers. Mini’s Paceman continues to be rare, but Mini sold more vehicles this July than in any prior July. The Toyota Camry was the best-selling car in America… again. Mercedes-Benz, the filler of niches, found 90% of its July (non-Sprinter volume) with five core products.

Don’t like to see automakers arranged alphabetically? Click column headers to sort automakers by July ranking, July 2013 sales, year-over-year change, or any other order. Best seller lists for cars, trucks, and SUVs will be added later this afternoon. You can always find historical monthly and yearly sales figures for any brand by clicking the brand name in the table below or by selecting a make (or model) at GCBC’s Sales Stats page.