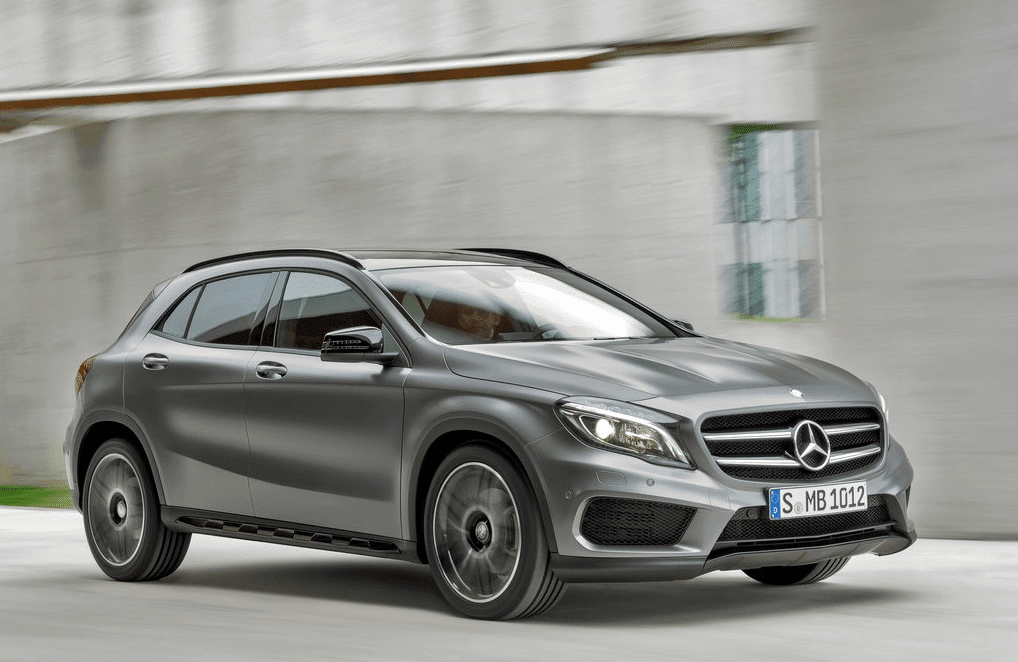 In its first month on sale in the United States, the Mercedes-Benz GLA-Class was America’s 173rd-best-selling vehicle.

That made the GLA a more common acquisition than the Honda Ridgeline, Nissan Titan, Mitsubishi Lancer, and Scion FR-S, but less common than the Audi Q3, BMW i3, and Lincoln Navigator. Audi USA sold 1092 Q3s in September, the Q3’s second month on the market.

As Audi steadily chases down America’s top tier luxury brands (Mercedes-Benz, BMW, and Lexus are way up ahead), it’s not surprising to see Audi succeeding with their lower-end models. These are vehicles Audi has used to overtake Mercedes-Benz and BMW in many parts of the globe.

It’s at the high-end where Audi’s numbers so severely trail Mercedes-Benz, for example. More than four S-Class sedans are sold for every A8. The GL-Class, Mercedes-Benz’s biggest family SUV, sells 35% more often than the Q7, Audi’s biggest utility vehicle. Mercedes-Benz has sold 7743 SLs, SLKs, SLS AMGs, and CL-Class two-doors this year. Audi has sold 1678 R8s and TTs, with no proper rival for the SL, most apparently. In the middle of the range, Mercedes-Benz’s broad E-Class lineup generates triple the U.S. volume of the Audi A6. 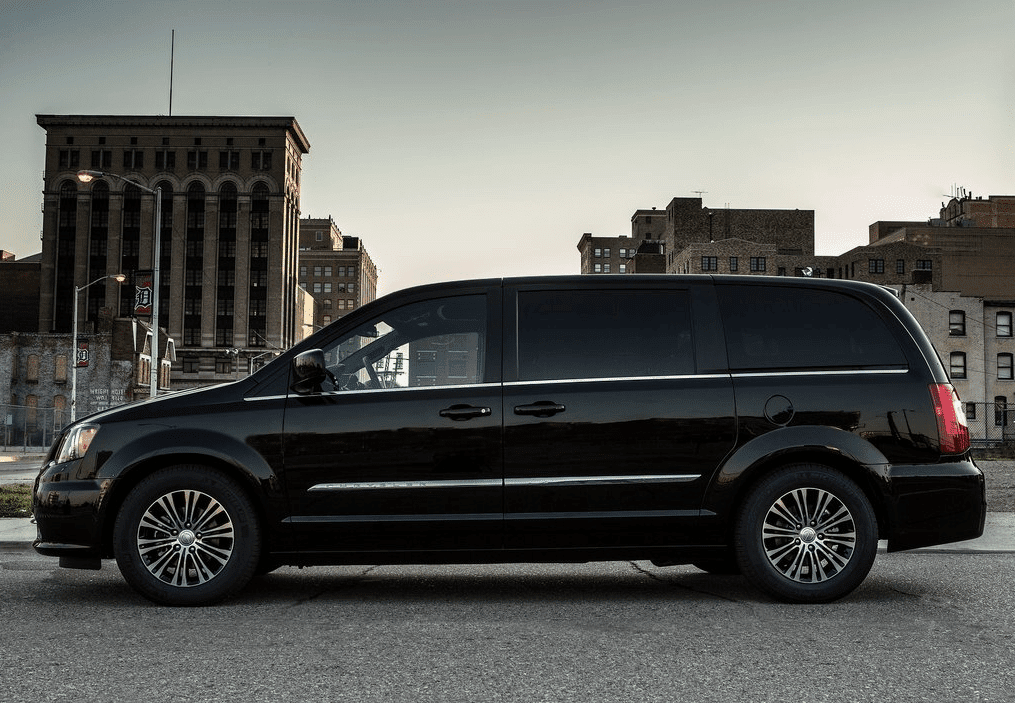 The results visible in this post, of course, take into account so much more than just Mercedes-Benz and Audi, so much more than just premium brands. The Ford F-Series was America’s best-selling vehicle in September 2014, but for the second month running, GM’s full-size truck twins combined to outsell the F-Series. Honda’s Accord led all passenger cars for the second consecutive month, as well, although three trucks led the monthly leaderboard, knocking the Accord back from second place overall in August to fourth. The Chrysler/Dodge-controlled minivan category generated 3.5% of the industry’s September volume; pickup trucks another 15.5%.

Three months ago we decided to adjust the way a number of vehicles are displayed here, and this will have an impact on the way you compare rankings when looking back at previous months. Ten commercial-oriented van nameplates are now in the mix, and the Infiniti G sedan has been separated from what was the G coupe and convertible but is now the Q60. In other words, there are eleven extra lines in the full rankings, and GCBC has also added space at the bottom to display the complete size of the pickup, minivan, and commercial van with yet another line allotted to all other vehicles: cars, SUVs, and crossovers.

There were other important improvements introduced in last October’s ranking of vehicle sales. Prior year figures now include the actual numbers from last year, not just the percentage increase from last year. As a result, we’ve included vehicles like the Lexus HS and Buick Lucerne, nameplates which collected sales in the first nine months of 2013 but not this year. 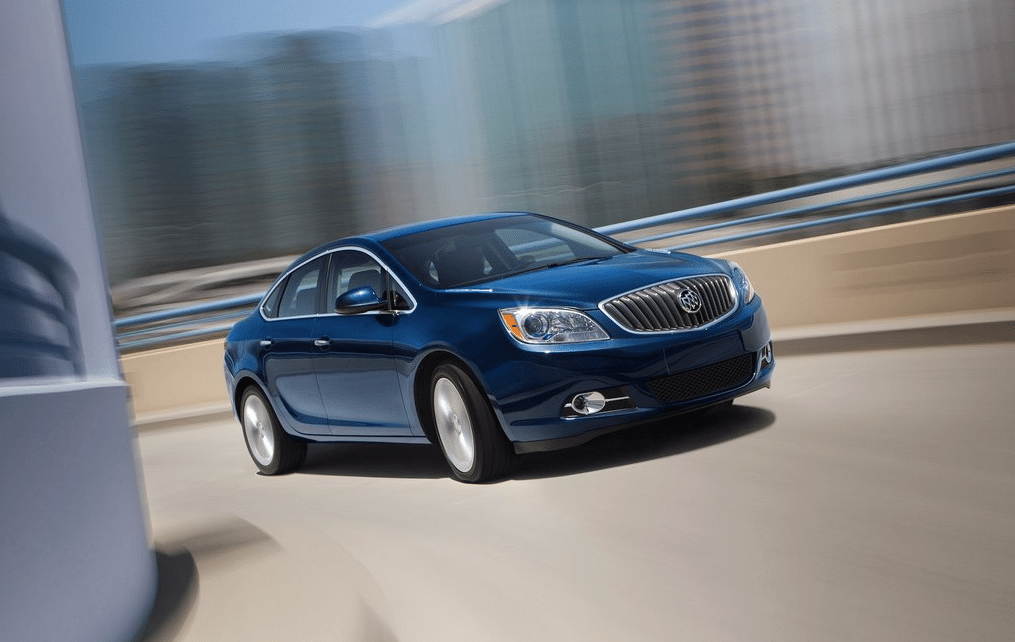 More useful, there are now visible brand results, so when you sort the table by vehicle names to showcase all Buicks together, for example, you’ll also see the Buick brand’s total. Manufacturers are shown in bold for differentiation between makes and models. At any time, click the Rank column to return to the original format. If you’re on a mobile device, you may need to choose the full version of the site (at the bottom of the page) in order to use the sortable function.

Reminder: these are 2014 year-to-date rankings, but you can sort vehicles by September volume by clicking the September 2014 column header, or you can rank vehicles by improvements or declines using the % columns. Or, most importantly, you can list automakers together by selecting the Vehicle column header.

Source: Automakers & ANDC
* Italicized, asterisked, unranked lines are nothing more than available breakdowns, already included in the model’s total, not in addition to the model’s total.
^ Brand total includes sales of commercial vans, without which Mercedes-Benz was up 10.6% to 27,315 in September; up 8.4% to 233,211 YTD.
² Total Prius Family sales: down 10.2% to 14,277 in September; down 11.4% to 165,490 YTD.
³ BMW has chosen to include sales of the 4-Series within figures for the 3-Series, presumably for year-over-year consistency’s sake, while also combining the 1-Series and 2-Series. Hyundai does the same with the Genesis and Genesis Coupe.
† Total Infiniti G/Q50/Q60 sales: down 18.3% to 4077 in September; up 12.4% to 43,830 YTD. Total G Sedan and Q50 sales: down 12.6% to 3623 in September; up 23.4% to 38,072 YTD.
‡ Acura has chosen to combine sales figures for the RLX and its predecessor, the RL.
Sales data for brands such as Aston Martin, Ferrari, Lamborghini, Lotus, Rolls-Royce etc. are unfortunately not broken down by model. estimates say sales for those brands in the first three-quarters of 2014 were 918, 1575, 531, 127, and 675, respectively. Tesla, unfortunately, doesn’t release model-specific monthly U.S. sales data, but Automotive News now issues estimates for the brand, and those estimates say Tesla sold 1300 cars in September; 18,130 YTD.  HybridCars.com, however, has typically estimated much lower Model S sales, 1300 in September but only 11,900 YTD. Tribute volume had previously been reported by Mazda USA as a solitary unit in April, but Mazda has since taken away that sale.