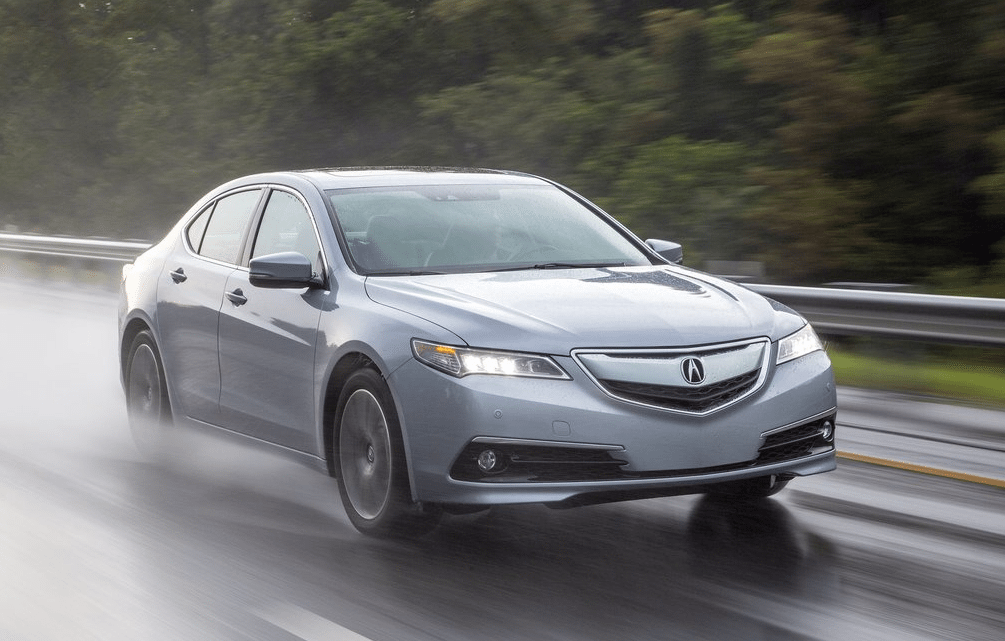 The Acura TLX generated its first 2286 U.S. sales in August 2014, the same month in which Audi USA sold its first 243 Q3 crossovers and BMW its first nine i8 hybrid junior supercars.

August 2014 was certainly not a bad month in which to begin selling a new nameplate, as total industry sales surged 5.5% despite forecasts calling for little to no year-over-year growth. August 2013 was itself a surprisingly strong month – for sales to grow by nearly 83,000 units one year later is a statement that plenty of consumers want new vehicles, and plenty of automakers are willing to do whatever it takes to secure tomorrow’s sale today.

The Audi Q3 ranked 236th in terms of August U.S. sales volume, ahead of the Mini Paceman but just behind the Mercedes-Benz G-Class. Don’t expect Q5-like volume from the smaller Q3, but don’t expect an average of 243 monthly sales, either.

BMW’s exotic i8 will always be a rare car, of course. It ranked 261st in August new vehicle sales, six sales back of the even more exotic Porsche 918 Spyder but six sales ahead of the still-trickling-out Lexus LFA. BMW also sold 1025 copies of the much less costly i3 in August, making the brand’s lower-rung i model America’s 182nd best-selling vehicle, just behind the Mazda 2, Range Rover Evoque, and Honda Crosstour but ahead of the Porsche 911, Nissan Armada, and Porsche Macan.

As almost always, the Ford F-Series was America’s best-selling vehicle in August 2014. There was a catch last month, however, as the Chevrolet Silverado and its GMC Sierra twin combined to outsell the F-Series. They haven’t done so on a yearly basis since 2009. 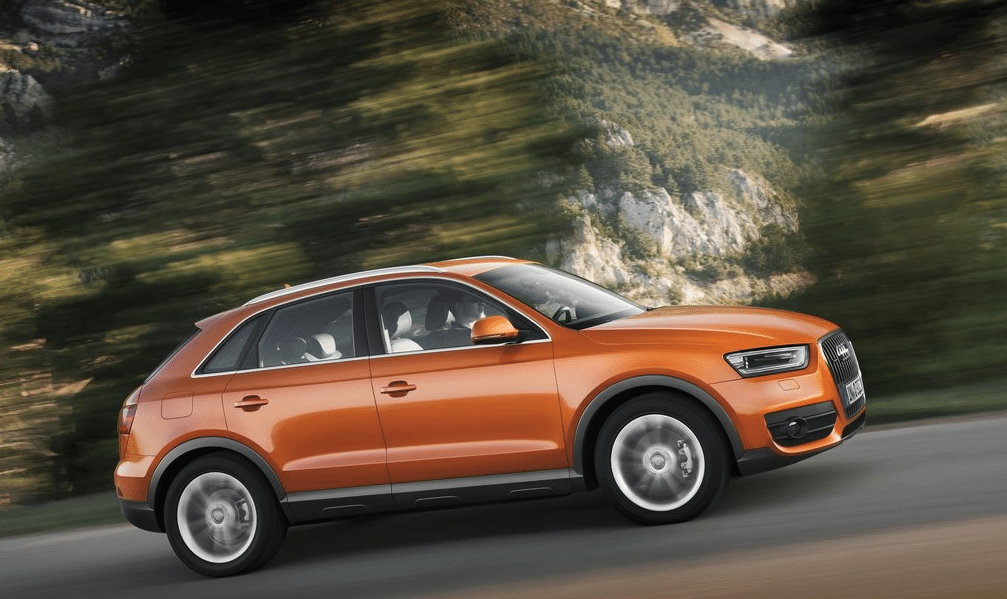 With record monthly sales, the Honda Accord was America’s top-selling car last month and the second-best-selling vehicle overall. The Camry leads all cars on year-to-date terms and will not surrender its lead this fall.

Although the Toyota RAV4 stole the SUV/crossover crown in August, the Honda CR-V leads the second-ranked Ford Escape by 8849 units heading into September.

Minivans, led by the Chrysler Town & Country, account for 3.44% of all new vehicles sold in the United States this year, up from 3.41% a year ago.

Two months ago we decided to adjust the way a number of vehicles are displayed here, and this will have an impact on the way you compare rankings when looking back at previous months. Ten commercial-oriented van nameplates are now in the mix, and the Infiniti G sedan has been separated from what was the G coupe and convertible but is now the Q60. In other words, there are an eleven extra lines in the full rankings, and GCBC has also added space at the bottom to display the complete size of the pickup, minivan, and commercial van with yet another line allotted to all other vehicles: cars, SUVs, and crossovers.

There were other important improvements introduced in last October’s ranking of vehicle sales. Prior year figures now include the actual numbers from last year, not just the percentage increase from last year. As a result, we’ve included vehicles like the Mitsubishi Eclipse and Endeavor, nameplates which collected sales in the first eight months of 2013 but not this year. 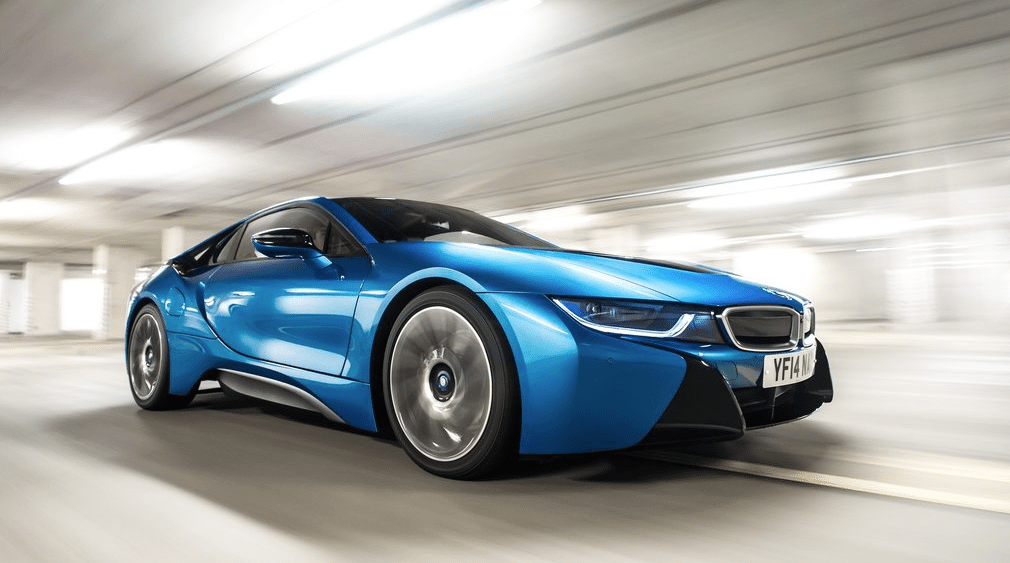 More useful, there are now visible brand results, so when you sort the table by vehicle names to showcase all Nissan together, for example, you’ll also see the Nissan brand’s total. Manufacturers are shown in bold for differentiation between makes and models. At any time, click the Rank column to return to the original format. If you’re on a mobile device, you may need to choose the full version of the site (at the bottom of the page) in order to use the sortable function.

Reminder: these are 2014 year-to-date rankings, but you can sort vehicles by August volume by clicking the August 2014 column header, or you can rank vehicles by improvements or declines using the % columns. Or, most importantly, you can list automakers together by selecting the Vehicle column header.

Source: Automakers & ANDC
* Italicized, asterisked, unranked lines are nothing more than available breakdowns, already included in the model’s total, not in addition to the model’s total.
^ Brand total includes sales of commercial vans, without which Mercedes-Benz was up 9.4% to 27,078 in August; up 8.2% to 205,894 YTD.
² Total Prius Family sales: down 11.5% to 151,213 YTD, down 14.3% to 23,437 in August.
³ BMW has chosen to include sales of the 4-Series within figures for the 3-Series, presumably for year-over-year consistency’s sake, while also combining the 1-Series and 2-Series. Hyundai does the same with the Genesis and Genesis Coupe.
† Total Infiniti G/Q50/Q60 sales: down 26.2% to 4803 in August, up 16.9% to 39,753 YTD. Total G Sedan and Q50 sales: down 23.0% to 4201 in August, up 29.0% to 34,449 YTD.
‡ Acura has chosen to combine sales figures for the RLX and its predecessor, the RL.
Sales data for brands such as Aston Martin, Ferrari, Lamborghini, Lotus, Rolls-Royce etc. are unfortunately not broken down by model. estimates say sales for those brands in August 2014 were 102, 175, 59, 14, and 75, respectively. Tesla, unfortunately, doesn’t release model-specific monthly U.S. sales data, but Automotive News now issues estimates for the brand, and those estimates say Tesla sold 1800 cars in August, 16,830 YTD.  HybridCars.com, however, typically estimates much lower Model S sales, 1200 in August and 10,600 YTD. BMW and total figures are subject to slight change as a BMW USA glitch has created some confusion between the X4 and X6 numbers, and thus their totals.