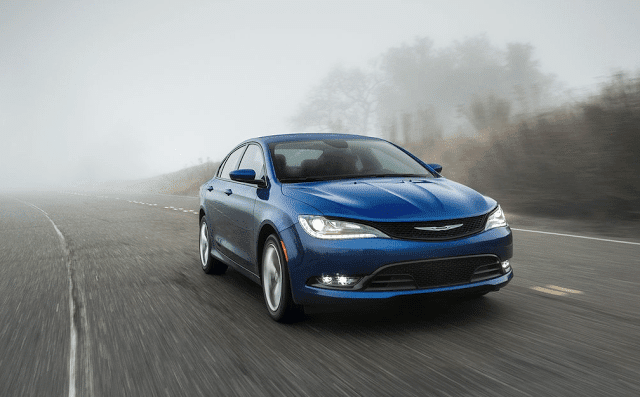 New vehicle sales in the United States improved by 7%, year-over-year, to 1.34 million units in February 2016, the best February for the U.S. auto industry since 2001.

The improvement across the industry serves as a hugely successful follow-up – albeit at the lowest-volume period of the year – to a record year for new vehicle sales in 2015, but also serves to highlight the exceptions.

Chrysler brand sales have fallen 24% so far this year, and not because their minivan is about to be replaced – Town & Country sales are up 25%. Not because the Chrysler 300 is struggling – sales are up 25%. But the Chrysler 200, production of which is currently on hold, is down 61%, and the 200 ranks as America’s 68th-best-selling vehicle, down 50 spots compared with the first two months of 2015.

As the 200 plunges, it’s obvious that some things simply don’t change. The Toyota Camry is still America’s best-selling car, the Ford F-Series is still the best-selling line of new vehicles in America. The Lexus RX outsells all other premium brand vehicles.

The RX’s Toyota cousin, however, Toyota’s RAV4, has topped the SUV/crossover sales charts in each of 2016’s first two months. The RAV4 built a 2619-unit lead over the perennial favourite, Honda’s CR-V, during January and February.

The table below is completely sortable, so when you click the column header to sort by vehicle names to showcase all Jaguars together, for example, you’ll also see the Jaguar brand’s total.

Reminder: these are 2016 year-to-date rankings, but you can sort vehicles by February volume by clicking the February 2016 column header, or you can rank vehicles by improvements or declines using the % columns. Or, most importantly, you can list automakers together by selecting the Vehicle column header.

Source: Automakers & ANDC & WSJ
* Italicized, asterisked, unranked lines are nothing more than available breakdowns, already included in the model’s total, not in addition to the model’s total.
² Total Prius Family sales: down 12.2% to 10,550 in February; down 18.1% to 19,861 YTD.
³ Hyundai USA combines sales of the Genesis and Genesis Coupe.
‡ With their February release, Mercedes-Benz USA began combining the GLE and M-Class, GLC and GLK, E-Class and CLS.
° Overall market figure is a combination of all reported sales figures plus estimates for Tesla.
† Tesla figures are estimates from HybridCars.com.
Sales data for brands such as Aston Martin, Ferrari, Lamborghini, Lotus, Rolls-Royce etc. are unfortunately not broken down by model. estimates say sales for Aston Martin and Lotus in 2016’s first two months were 172 and 8, respectively.
Tesla, unfortunately, doesn’t release model-specific monthly U.S. sales data, but we source estimates from HybridCars.com. Model S sales estimate: up 10.3% to 3200 in 2016; up 35.7% to 1900 in February Model X estimate: 900 YTD; 500 in February.