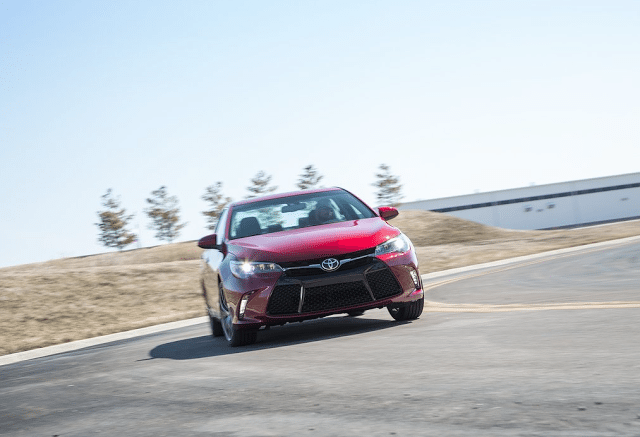 Reporting early, Fiat Chrysler Automobiles reported a 67th consecutive year-over-year sales improvement in October 2015. Jeep volume was up by a third. Jeep’s Cherokee, Compass, Patriot, and Wrangler – and the new Renegade, for that matter – all recorded their best October ever. Every FCA brand posted an increase.

General Motors, the largest manufacturer in the United States, jumped 16% to 262,993 sales in October 2015, a far higher increase than the 12% predicted by forecasters. Buick’s stall continues, but Cadillac, Chevrolet, and GMC all posted double digit gains.

American Honda, which markets the country’s best-selling SUV/crossover, posted a 9% increase in October with a 4% Acura improvement and a 9% Honda increase. Accord, Civic, CR-Z, Odyssey, and Pilot sales increased – CR-V sales slid 4% on a daily sales rate basis.

Even the small brand at Toyota USA, Scion, achieved terrific growth in October 2015 thanks to a new model duo. But Toyota and its Lexus premium division recorded 12% and 13% gains, respectively, as popular vehicles like the Corolla, Camry, and RAV4 shot forward at Toyota and the NX continued to propel Lexus.

Volkswagen, assumed to lose thousands of sales prior to Reuters discovery last week that sales would likely increase, posted a 0.2% increase of 74 units as VW owners were lured into dealers with incentives on gas-powered cars. GTI sales, for example, jumped 46%.

There are more details on specific brands below the full results table.

medianet_width=’468′; medianet_height= ’60’; medianet_crid=’481536334′;
If you don’t wish to see automakers arranged alphabetically, click column headers to sort automakers by October sales, year-over-year change, year-to-date totals, or any other order. Best seller lists for cars, trucks, and SUVs will be added later this afternoon. In the coming days, GCBC will also publish a complete list of year-to-date sales for every single vehicle line, a list which includes brand results. You can always find historical monthly and yearly sales figures for any brand by clicking the brand name in the table below or by selecting a make (or model) at GCBC’s Sales Stats page.

Mitsubishi’s U.S. volume in October increased for a 20th consecutive month as the brand posted a seventh consecutive double-digit gain.

Audi USA, initially only lightly linked to Volkswagen’s diesel emissions scandal, produced a 17% year-over-year improvement to 17,700, an October record for the brand. A3 sales jumped 15%. Porsche, another upmarket Volkswagen-owned brand, posted a significant 11% October sales increase thanks mainly to a doubling in sales of its best-selling Cayenne.

For a fourth consecutive month, Subaru sold more than 50,000 vehicles in America. Forester, Impreza, Outback, and XV Crosstrek sales all increased. It was the best ever October for those vehicles and for the Subaru brand.

BMW, America’s top-selling premium brand through the end of the first three-quarters, suffered a sharp drop in car sales and a harsh Mini decline, as well. BMW’s X3, X4, X5, and X6 did combine for a 57% increase, however. Despite a modest increase in October, Mercedes-Benz wasn’t able to outsell BMW, which now leads the premium race by 553 sales heading into November.

Kia, the smaller member in the Hyundai-Kia conglomerate, generated a 12% increase in October thanks to rising Soul, Sorento, Sportage, Cadenza, and Optima sales. Hyundai, the larger of the pair, posted a 9924-unit improvement in October thanks to big Elantra, Santa Fe, and Tucson gains.

For the first time since June 2012, Volvo sold more than 7000 new vehicles in America.