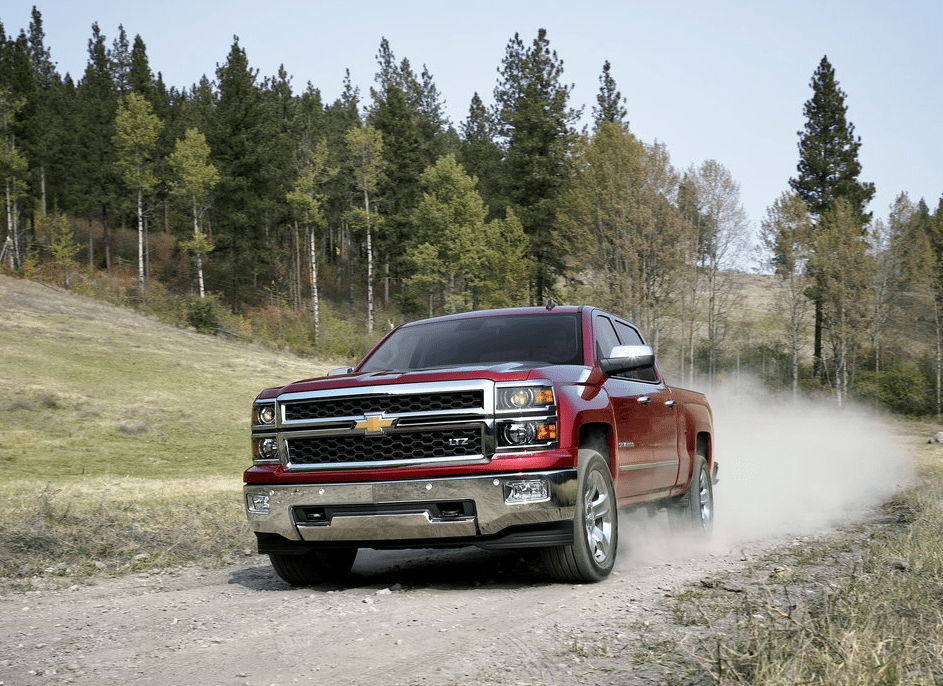 Chrysler Group’s 14% year-over-year U.S. year-over-year sales increase in April 2014 occurred despite a drastic 26% decline in car sales. That car sales decline, of course, was worsened by a chopping in half of midsize sales. Jeep volume, even excluding the Cherokee, was up 16%.

The Toyota brand’s 171,109 April sales were produced in large part (57%, according to Toyota) by a car division that enjoyed a 9% year-over-year increase. Camry sales shot up 20% to 38,009 units. American Honda, the fifth largest seller of automobiles in America this year, was propelled by improved sales of its top-selling trio in April as the Accord, Civic, and CR-V rose 2%, 4%, and 7%, respectively.

Overall, the industry didn’t quite match expectations, but with 1.39 million sales, volume did expand by 8% year-over-year. The traditional Detroit Three – GM, FoMoCo, Chrysler Group – grabbed 46.2% of the market, down a full percentage point compared with April 2013. Mercedes-Benz, BMW, and Lexus, the three top-selling premium brands, owned 5.3% of the overall market.

Don’t like to see automakers arranged alphabetically? Click column headers to sort automakers by April ranking, April 2014 sales, year-over-year change, year-to-date totals, or any other order. Best seller lists for cars, trucks, and SUVs will be added later this afternoon. In the coming days, GCBC will also publish a complete list of April sales for every single vehicle line, a list which includes brand results. You can always find historical monthly and yearly sales figures for any brand by clicking the brand name in the table below or by selecting a make (or model) at GCBC’s Sales Stats page.

Volkswagen continued to have difficulty matching 2013’s early pace in April, as brand-wide volume slid 8%. The Passat, Jetta SportWagen, Touareg, and Routan stood out as exceptions at VW because of their increased sales. Sales at Volkswagen’s Audi luxury division reached their second-highest level ever as the brand sold 2159 A3s.

Nissan brand sales are up by an impressive 47,601 units through the first one-third of 2014, having risen by nearly 15,000 units in April alone. Nissan sales have increased in six consecutive months. The Forester and Outback accounted for 55% of Subaru’s sales in what was the brand’s best-ever April.

Hyundai reported the brand’s best ever April with a 4% year-over-year bump. Hyundai’s Kia partner revealed a 13% year-over-year improvement that was very much fuelled by the Soul and Forte, sales of which jointly jumped by more than 5500 units.

Mitsubishi is attempting to rebirth itself as a volume brand and has made a small measure of headway this year – April’s 47% improvement equals 2081 extra sales. Mitsubishi’s better-selling Japanese counterpart, Mazda, was up 13% to its best April level since 2008. 3 volume rose 21% to 8586, or nearly four out of every ten Mazda sales.

We’re still waiting on the new car. At Mini, we mean. Sales were down 24% in April and have fallen 34% this year. The core Hardtop model was down 50% last month. At parent company BMW, overall sales jumped by 1977 units. Porsche generated 45% of its best-ever April volume with the Cayenne, sales of which improved 5% year-over-year. Mercedes-Benz, excluding Sprinter, outsold BMw by 685 units for the April premium brand victory and leads BMW by 922 units in year-to-date terms. Lexus, with the NX on its way, is 9329 sales back of BMW.

Volvo sold 457 V60s in April to go along with 436 XC70s. In other words, wagons accounted for slightly less than one out of every five Volvos sold in America in April. Jaguar’s decline, combined with Land Rover’s increase, means the car side of the company produced a little less than 19% of JLR’s April U.S. sales.