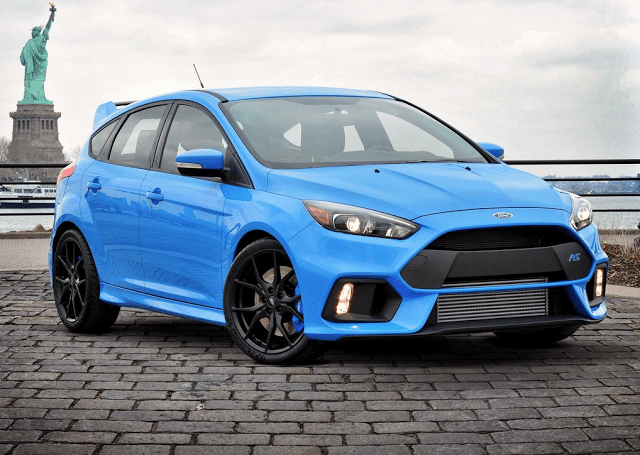 A dreadful 22% decline in Fiat Chrysler Automobiles’ passenger car volume – and the automaker’s overall 3% year-over-year sales increase – set the stage for a day in which we learned about the overall U.S. auto industry’s rude health in November 2015, and the number of consumers who didn’t buy traditional cars.

At Ford, the highest-volume auto brand in America, sales increased modestly in November despite a 13% drop in car volume. The F-Series’ 10% uptick provided the big boost, even as SUV/crossover sales slid 10%. Lincoln, despite a raft of new product, slid 2%.

Toyota produced 3% gains across the board with increases from Scion, Lexus, and the Toyota brand. The Camry once again finished November as America’s best-selling car, and the RAV4 was America’s top-selling SUV/crossover.

Remember, every automaker had two fewer days to sell new vehicles in November 2015 than in November 2014. As a result, when you see American Honda’s 5% year-over-year loss in volume, it’s worth noting that American Honda’s daily selling rate actually increased 3%. Regardless of which way the figures are tabulated, Accord, Civic, and Pilot sales increased by marge margins.

There are more details on other brands below the full sales table.

If you don’t wish to see automakers arranged alphabetically, click column headers to sort automakers by November sales, year-over-year change, year-to-date totals, or any other order. Best seller lists for cars, trucks, and SUVs will be added later this afternoon. In the coming days, GCBC will also publish a complete list of year-to-date sales for every single vehicle line, a list which includes brand results. You can see last month’s version of that list here. You can always find historical monthly and yearly sales figures for any brand by clicking the brand name in the table below or by selecting a make (or model) at GCBC’s Sales Stats page.

Source: Automakers & ANDC
Red font indicates declining year-over-year volume
* Does not include Lamborghini
^ Excluding Sprinter: down 13.1% to 30,043 in November; up 4.2% to 308,885 YTD.
° preliminary, to be finalized shortly.

Nissan reported record November group-wide sales thanks to record from both of the automaker’s brands: Nissan and Infiniti. Nissan car sales slipped 4%, the automaker says, but light truck volume jumped 15%, including a 50% Rogue improvement.

Audi produced modest year-over-year gains in November, but the A3’s 21% improvement and the Q5’s 8% increase were more than enough for the brand to overcome sharp A4, A6, A8, and Q7 losses.

After incentives powered Volkswagen to a sales increase in October, the brand simply couldn’t keep up with the loss of all diesel sales and much of what existed in terms of positive image in November. Sales plunged 25%.

At Subaru, where sales increased marginally in November, the Forester and Outback contributed 58% of the brand’s sales, down from 62% a year ago.

Mitsubishi’s 4% increase in November was powered largely by utility vehicles. The Outlander Sport and Outlander produced a joint 27% year-over-year improvement and seven out of every ten Mitsubishi sales.

BMW reported a 3% overal increase compared to November 2014 as X3 sales more than doubled. With Mercedes-Benz’s 13% November decline to only 30,043 units, BMW expanded its year-to-date premium brand sales lead to a still-surmountable 2513 units. Mercedes-Benz’s sharp GLK decline – its GLC replacement is slow in arriving – is to blame for a healthy chunk of the brand’s decline. B, CLA, C, S, SL, SLK, and GL sales slid, as well.

Ahead of key new launches, Jaguar sales continue their deep dive in America. However, Jaguar’s partner brand, Land Rover, opposed Jaguar’s  15% drop with a 79% increase in November, topped only by Volvo and ultra-low-volume Alfa Romeo.