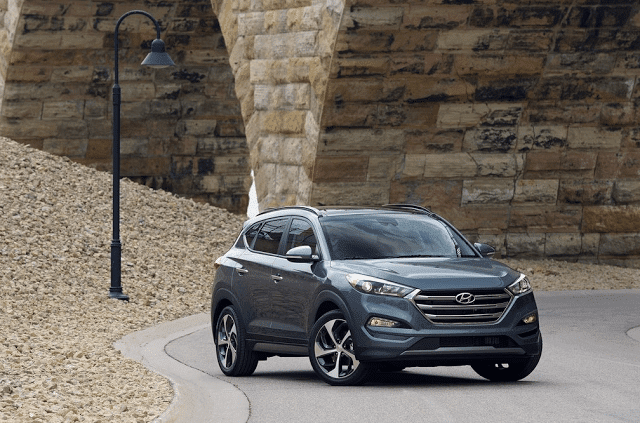 U.S. auto sales in calendar year 2015 climbed to a record high of nearly 17.5 million units. The race to end 2016 with more than 17.5 million new vehicle sales begins in January, a month with only 24 selling days, down from 26 a year ago.

In addition to the selling day difference, which could skew year-ver-year comparisons, a period of brtual weather on the east coast of the country may have had a negative impact on total new vehicle sales in January 2016.

That said, don’t confuse the 0.4% decline in total new vehicle sales volume reported by manufacturers with a severe slowdown following a banner year. January is a low-volume month to begin with and has less significance than any other month on the eyar end total. Last year, January accounted for just 6.6% of all new vehicle sales despite accounting for 8.5% of the calendar.

Besides, the daily selling rate in January 2016 increased 8% despite the potential impact of winter storm Jonas.

Ford reported a 5% F-Series decline and a 12% loss in car sales, meaning the 4% overall gain in utilities and an 8% Lincoln uptick weren’t enough to drive the overall Ford Motor Company to an improved January.

At FCA, the automaker’s namesake brands – Fiat and Chrysler – plunged 20% and 22% respectively, but strong Jeep results and improvements at Dodge and Ram boosted FCA to a 7% improvement overall.

American Honda’s Acura brand took a 14.5% dive in January; Honda sales were flat as the CR-V and Accord slipped and Honda Civic sales jumped 43%.

Toyota USA’s 5% overall decline was matched by a 5% decrease at the Toyota brand itself. Lexus sales fell 10%. The RAV4 was America’s top-selling SUV/crossover. (More details on other brands below the complete listings.)

If you don’t wish to see automakers arranged alphabetically, click column headers to sort automakers by January sales, year-over-year change, year-to-date totals, or any other order. Best seller lists for cars, trucks, and SUVs will be added later this afternoon. In the coming days, GCBC will also publish a complete list of year-to-date sales for every single vehicle line, a list which includes brand results. (Check out the 2015 version here.) You can always find historical monthly and yearly sales figures for any brand by clicking the brand name in the table below or by selecting a make (or model) at GCBC’s Sales Stats page.

Hyundai, the first automaker to report, sold 45,011 new vehicles in the first month of 2016, the highest total ever for the brand in January. Hyundai’s Kia partner brand reported increases with the Sportage, Soul, and Sedona, but Rio, Forte, Optima, Cadenza, K900, and Sorento sales declined.

Mazda reported a 3% decline as the loss of the 5 resulted in 871 fewer sales this January than last. Total Mazda volume was down by only 568 units.

Volkswagen’s upmarket Audi division broke its January record despite a 10% loss from the A3, a 15% drop in A4 sales, and sharp declines from the A5, and A6. The Q7 was up 166% to 2336 units, second amongst Audis. Volkswagen’s own January results – fewer than 21,000 sales – were the worst monthly figures for the brand since January 2011.

Subaru posted the brand’s 23rd consecutive month with more than 40,000 sales, the 50th consecutive year-over-year increase, and the best ever January for Subaru Of America.

Mercedes-Benz’s 0.2% increase to 24,664 units – vans excluded – occurred as C-Class sales fell 19% and E-Class volume plunged 42%. S-Class sales plunged, too. SUVs were the focus, as Mercedes-Benz sold 11,687 of them. No premium brand sold more new vehicles in January than Mercedes – Lexus and BMW sales were down. BMW fell 5%, though the automaker’s Mini brand was flat. At Volvo, sales rose 12% to 4244 units, and 56% of those sales came from the new XC90.