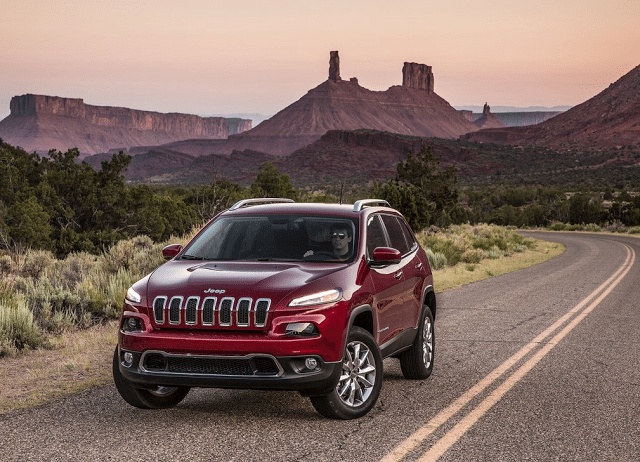 Over the last few years, August figures reported by automakers have actually included sales from the Labour Day weekend, at least part of which includes September. August 2015 sales figures do not. Thus, we’re looking at totals achieved during a shorter span – and without the big Labour Day weekend sales – than we were at this time a year ago. On a daily sales rate basis, the American auto industry was up 3.2% in August 2015.

Analysts therefore anticipated a year-over-year decline of between 2% and 3%, yet Fiat Chrysler Automobiles, the first automaker to report U.S. August sales, recorded a 2% year-over-year improvement. Chrysler and Dodge sales plunged, but big gains from Jeep and modest improvements from Ram and Fiat helped out. Similarly, Ford Motor Company sales jumped by nearly 6% as F-Series volume strengthened as the Ford brand’s utilities jumped 12%.

General Motors, America’s largest seller of new vehicles, was down by a modest 0.7% as Cadillac and Chevrolet combined for a 1.8% loss; with Buick and GMC rising. Toyota, the planet’s largest automaker, saw its namesake brand tumble 10% even as Lexus sales rose 2% (or 6% ona  daily sales rate basis) to more than 33,000 units. American Honda saw sales at its Honda brand tumbled 8%, but the brand continues to look to the future as a new Civic is prepped and as the HR-V contributed 4567 extra sales. More brand details after the table.

In the end, thanks largely to gains from Jeep, Ford, Ram, Subaru, and a number of premium brands, auto sales slipped by less than 1% in August 2015.

medianet_width=’468′; medianet_height= ’60’; medianet_crid=’481536334′;
If you don’t wish to see automakers arranged alphabetically, click column headers to sort automakers by August sales, year-over-year change, year-to-date totals, or any other order. Best seller lists for cars, trucks, and SUVs will be added later this afternoon. In the coming days, GCBC will also publish a complete list of year-to-date sales for every single vehicle line, a list which includes brand results. Here’s last month’s version of that post. You can always find historical monthly and yearly sales figures for any brand by clicking the brand name in the table below or by selecting a make (or model) at GCBC’s Sales Stats page.

With a 46% drop in Frontier sales, a 7% overall car drop, Nissan USA wasn’t able to post an overall increase despite a big Infiniti improvement and a 29% Rogue increase. Compatriot Mazda was down 4% in August as the 2, 3, 5, 6, CX-5, and CX-9 all posted year-over-year declines. Unlike Mazda, rival Japanese automaker Subaru is growing on a constant basis. August’s 5% uptick was produced by gains from the Forester, Impreza, and XV Crosstrek. Mitsubishi’s 22% gain made August the brand’s 18th consecutive month in which sales increased on a year-over-year basis.

Kia USA reported its best-ever August with gains from the Forte, K900, Sportage, Sorento, Sedona, and Soul. Hyundai joined Kia in producing meaningful gains and a best-ever August for the brand. The Korean duo was up 5% in August and 4% year-to-date.

Audi, Volkswagen’s premium brand, posted a 10% gain equal to 1693 extra sales, year-over-year. A4, A5, Allroad, and R8 sales are falling, everything else is up. Volkswagen’s own Volkswagen brand, on the other hand, lost 8% of its August volume as the brand’s two best-selling models – Jetta sedan and Passat – slid 18% and 19%, respectively. Porsche posted a 10% gain, equal to 468 extra sales for the Porsche brand. Porsche volume has risen by 3117 sales so far this year.

The BMW Group’s BMW brand was up 2% in August; BMW’s Mini brand similarly rose by 2%. With Mercedes-Benz managing fewer than 29,000 non-Sprinter August sales, Lexus was America’s top-selling premium brand in August 2015. Volvo, aiming to once again become a relatively high-volume upmarket brand, posted an 18% YOY increase in August with help from 918 XC90 sales, an 89% improvement.