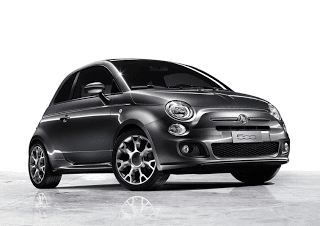 Take Hyundai, for example. The brand’s daily sales rate (DSR) rose 4%, although Hyundai USA volume slid 8.2% in September 2013. The Toyota trio of brands was down 4%, but its DSR rose 4%.

Overall, the market’s 4.4% drop to 1.14 million new vehicle sales translated to a DSR which grew 4%.

With our without Sprinter, Mercedes-Benz was America’s top-selling premium brand in September, helped along by 2310 CLA-Class sales. Ford led all brands in total vehicle sales; GM was the leading manufacturer of automobiles in terms of U.S. volume in September. Maserati, Jaguar, Subaru, and Porsche all reported gains better than 13%. Smart, Fiat, Scion, and Kia’s declines were all worst than 21%.

Don’t like to see automakers arranged alphabetically? Click column headers to sort automakers by September ranking, September 2013 sales, year-over-year change, or any other order. Best seller lists for cars, trucks, and SUVs will be added later this afternoon. You can always find historical monthly and yearly sales figures for any brand by clicking the brand name in the table below or by selecting a make (or model) at GCBC’s Sales Stats page.

Click column headers to sort by specific categories. Using the mobile version of GoodCarBadCar? Switch to the web version at the bottom of the page, at which point columns should be sortable.
September 2014 • October 2013 • August 2013 • September 2012
Updated at 5:00 PM AT on 10.01.2013

Source: Automakers & ANDC
Red font indicates declining year-over-year volume
*Does not include Lamborghini
* Excluding Sprinter, Mercedes-Benz was up 6.7% to 24,697 in September; up 12.2% to 215,056 year-to-date.

Volkswagen continued its downward swing as Jetta sedan volume slid 9%, Golf volume fell 35%, and Passat sales dropped 17%. VW’s Audi division, however, rose 6% thanks to ever-increasing Q5 volume and a substantial uptick in the sales of its other best seller, the A4.

General Motors found gains at its two lowest-volume brands, but Chevrolet sales slid 15% and the GMC brand fell 10%. Subaru sold more vehicles than during any previous September in the brand’s U.S. history. Nissan’s Leaf outsold the Chevrolet Volt by 187 units in September and closed the year-to-date gap to just 684 units.

The 3 and CX-5 accounted for two-thirds of Mazda volume. Blame for Kia’s 21% decline in September can be laid at the feet of the Rio, Forte, Optima, Sportage, Sorento, Sedona, and Soul, all of which posted year-over-year decreases in volume.

Mercedes-Benz’s new CLA-Class contributed 2310 sales to the brand’s total in its first month on sale.