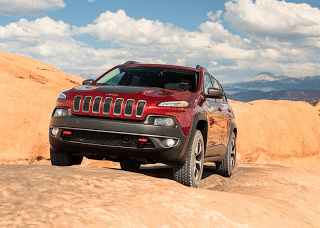 Jeep sold its first 579 Cherokees in October 2013. A couple weeks into its tenure, the new Cherokee is America’s 243rd-best-selling vehicle, one spot ahead of Chrysler’s SRT Viper. Like the 56th-ranked Dodge Dart, the Detroit-badged Cherokee uses plenty of Fiat architecture. Another American brand debut in October involved the Chevrolet SS, which is very much a Holden product, Holden being GM’s Australian outpost.

Pickup trucks continue to rule the roost, and the best-selling pickup trucks aren’t Italian or Australian.  The first, second, and fifth-best-selling vehicles in America are trucks, and together they account for one out of every ten new vehicle sales through the first ten months of 2013. The Ford F-Series, Chevrolet Silverado, and Chrysler’s Ram Pickup compete in a category that’s grown 13.7% this year, by 217,079 sales. The overall new vehicle market is up 8.2% in 2013.

Car sales, led by the Toyota Camry, Honda Accord, Honda Civic, Nissan Altima, and Toyota Corolla, are up just 5% through the end of October 2013. According to Automotive News, those five leaders generate 22% of America’s new car volume.

Among continuing cars – those not cancelled or defunct – the worst year-over-year decline in 2013 has been reported by the Audi A3. Its 87% drop, however, comes as Audi ends sales of the outgoing A3 hatchback. The A3 sedan won’t arrive until next spring.

The Scion iQ’s 53% decline is dreadful, and comes on the heels of Aston Martin dropping the iQ-based Cygnet. (Aston Martin says the iQ has no future, either.) Smart Fortwo sales are down 10% and Fortwo volume is more than twice as high. Chevrolet has sold nearly 31,000 Sparks in the last ten months. The Volvo S80, Infiniti M, Acura TSX, and Cadillac CTS have all taken hard hits in the United States this year, as well, and for a variety of reasons. CTS sales will perk up shortly as the new third-generation car arrives in showrooms. 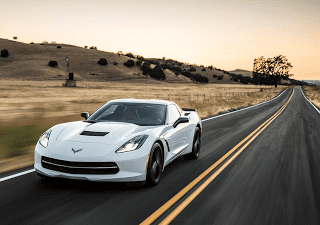 Chevrolet’s seventh-generation Corvette was General Motors’ key showroom debut in October. The build-up to the long-awaited C7 Corvette was bound to boost sales of a nameplate that, while exciting, had grown long in the tooth. Only three cars reported more impressive year-over-year improvements than the Corvette in October. Porsche Cayman volume jumped 8575%, or 343 units, to 347. In comparison to the Acura RL’s October 2012 sales figures, RLX sales were up by 809 units, or 3852%. The Toyota Avalon’s 266% year-over-year increase equals 3743 extra sales.

Corvette sales in the U.S. in October were 2762 units, or 237%, better than what Chevrolet managed a year ago. At the end of September, the Corvette ranked 173rd in new vehicle sales in 2013. It’s now America’s 161st-best-selling vehicle, and another climb up the charts is anticipated one month from now.

There are exciting improvements in this month’s ranking of vehicle sales. Prior year figures now include the actual numbers from last year, not just the percentage increase from last year. As a result, we’ve also included vehicles like the Ford Ranger and Mazda RX-8, nameplates which collected sales in 2012 but not this year. More importantly, there are now visible brand results, so when you sort the table by vehicle names to showcase all Acuras together, for example, you’ll also see the Acura brand’s total. Manufacturers are shown in bold for differentiation between makes and models. At any time, click the Rank column to return to the original format. If you’re on a mobile device, you may need to choose the full version of the site (at the bottom of the page) in order to use the sortable function.

Reminder: these are year-to-date rankings, but you can sort vehicles by October volume by clicking the October 2013 column header, or you can rank vehicles by improvements or declines using the % columns. Or, most importantly, you can list automakers together by selecting the Vehicle column header. Just remember, the list is horizontally flipped from the norm: YTD on the left, monthly data on the right.

Source: Automakers & ANDC
* Italicized unranked lines are nothing more than available breakdowns, already included in the model’s total, not in addition to the model’s total.
^ Brand total includes sales of commercial vans. Dodge/Ram sales figures are isolated here.
¹ Chrysler markets the Ram not as a Dodge but as a Ram, but we show it and the SRT Viper here as Dodges so you can see the vehicles with like-minded products when you sort vehicles alphabetically using the Vehicle column header.
² Total Prius Family sales: up 1.1% to 202,379 YTD; down 6.9% to 15,623 in October.
³ BMW has chosen to include sales of the 4-Series within figures for the 3-Series, presumably for year-over-year consistency’s sake.
† Total Infiniti G/Q50/Q60 sales: down 11.7% to 43,686 YTD; up 36.2% to 4683 in October.
‡ Acura has chosen to combine sales figures for the RLX and its predecessor, the RL.
Sales data for brands such as Aston Martin, Ferrari, Lamborghini, Lotus, Maybach, Rolls-Royce etc. are unfortunately not broken down by model. estimates say sales for those brands in the first ten months of 2013 were 690, 1620, 460, 220, zero, and 840, respectively. Reportedly, Tesla had risen to 15,550 through ten months with 1300 October. Tesla, unfortunately, doesn’t release model-specific monthly U.S. sales data. With hard and fast sales data, we would likely discover that the Tesla Model S is one of America’s 150 best-selling vehicles.
This post was updated at 4:05 PM At on 11/6/2013 to reflect a re-reporting from Mazda that took Tribute sales down by 1 unit and brought RX-8 sales up by 1 unit from a January RX-8 sale.