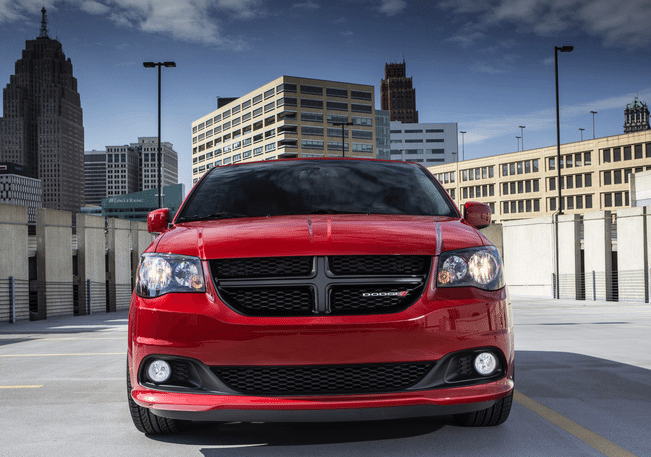 The Chrysler Group relied on light trucks and SUVs for its 13% year-over-year March 2014 increase as car sales at Fiat, Chrysler, and Dodge slid 25%, according to Chrysler Group LLC’s press release.

In the history of Jeep, brand-wide sales have never been higher on a monthly basis than they were in March 2014, and it wasn’t all down to the Cherokee, as even the Patriot and Compass produced their highest-volume months ever. Fiat also enjoyed its best ever sales month, although sales of the 500 were down 13%.

The Ford Motor Company, however, did begin to see sales improvements in March as the midsize Fusion set a record for monthly sales and the F-Series climbed above 70,000 units, generating a 5% increase. Ford brand utility vehicle sales were up 3.2%.

Excluding Sprinter, BMW outsold the Mercedes-Benz division by 4706 units in March but trails Mercedes-Benz, the premium brand leader, by 237 units at the end of Q1.

Toyota says no automaker sold more new vehicles to retail customers last month than, you guessed it, Toyota. The Ford brand outsold the Toyota brand by 53,610 units overall, but March most definitely marked a bright end to the first quarter for Toyota as the Camry surged to 41,953 units and “light trucks” shot up 10%. American Honda, outsold by the Nissan USA for the second consecutive month, did produce a 10.5% increase with its Acura brand and a 6.5% increase with its CR-V, one of America’s leading SUVs.

Aside from the fact that the Ram P/U outsold the Chevrolet Silverado, GM’s delayed sales release didn’t reveal anything that horrific. Across the board, GM sales were up 4%, with increases from Buick, Chevrolet, and GMC. Maligned of late, Cruze sales increased 14%. Silverado and Sierra sales improved, year-over-year. Chevrolet sold 3480 Corvettes.

More details after the results.

Don’t like to see automakers arranged alphabetically? Click column headers to sort automakers by March ranking, March 2014 sales, year-over-year change, year-to-date totals, or any other order. Best seller lists for cars, trucks, and SUVs will be added later this afternoon. In the coming days, GCBC will also publish a complete list of March sales for every single vehicle line, a list which includes brand results. To find out what you can expect, you can see February’s version of that post here. You can always find historical monthly and yearly sales figures for any brand by clicking the brand name in the table below or by selecting a make (or model) at GCBC’s Sales Stats page.

Volkswagen sales continued to slide in March, although the 2.6% drop wasn’t as harsh as some of the declines Volkswagen has recently faced. Sales of the Jetta sedan and Passat, the brand’s two top sellers, increased. VW Group’s Audi brand produced 35% of its sales with its two Q models; 37% with its higher-end models: A6, A7, A8, Q7, and R8. 49% of the Porsches sold were Cayennes, up from 43% in March 2013.

Nissan sold more vehicles than in any month in the company’s history, both overall and at the Nissan brand, specifically.  Subaru sold the same number of vehicles as Chrysler’s Ram brand – Forester sales jumped 53%.

Mitsubishi sold more vehicles than in any month since August 2008. More than half the brand’s sales were produced by Mitsubishi’s entry-level car, the Mirage, and entry-level crossover, the Outlander Sport. Hyundai continued to blame the weather for its March results even as many other automakers recovered and many others never faltered in the mid-winter snow.

Mazda reported its best March since 2007, a 9% year-over-year sales increase, and its best CX-5 sales month so far. The CX-5, with 11,855 sales, was Mazda’s top seller, as sales of the 3 levelled off at 10,536. Hyundai and Kia combined for a 4% year-over-year increase even as Elantra sales tailed off (and Sonata sales improved); even as the Rio and Sorento struggled but the Optima, Soul, and Forte increased.

Jaguar and Land Rover sold 6215 vehicles in March 2014, 29% of which came from the Jaugar side of the ledger. Jaguar’s tally was mostly generated, not surprisingly, by the XF and XJ, which combined for 71.5% of the brand’s volume. Land Rover reported its best ever Evoque month with 1370 sales, while the Range Rover portion of the lineup brought in 89% of customers.