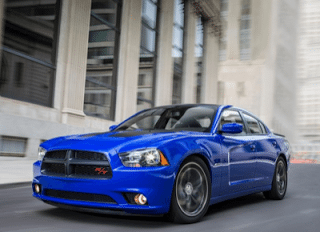 With U.S. sales expected to reach a seasonally adjusted annual rate of around 15.7 million units in June 2013, we anticipated some significant year-over-year improvements from numerous automakers in June 2013.

Overall, the U.S. auto industry rose 9.1% in June 2013 and 7.5% in the first six months of 2013. 13.7% of the new vehicles sold were pickup trucks. 46.8% of the new vehicles sold were Detroit products from FoMoCo, GM, and the Chrysler Group. European automakers, excluding Fiat, were responsible for 8.6% of industry-wide sales. Japanese brands, including Subaru, which outsold Volkswagen, brought in 35.9% of buyers. Hyundai and Kia’s market share stood at 8.2%.

Diesel engines were in 24.3% of the Volkswagens sold in the United States in June. Diesels are accounting for a higher percentage of Volkswagen USA sales than ever before. General Motors hasn’t sold this many vehicles since September of 2008. Subaru has sold 40,293 more vehicles this year than last, helped in no small part by the surprisingly popular XV Crosstrek.

The whole Toyota/Lexus/Scion group is up by 62,695 units. Scion, however, took a hard hit as all five models reported significant year-over-year declines. The first half of 2013 was Audi USA’s best first half in the company’s history. BMW 3-Series sales rose 63% in June – it was responsible for four in ten BMW sales.

Acura reported its second consecutive year-over-year decline. Its Honda parent brand was up by 13,712 units in June with improvements from Fiat, Accord, Civic, Odyssey, Pilot, CR-V, and Ridgeline. Excluding Sprinter van sales, Mercedes-Benz leads BMW by 1519 sales so far this year. Nissan sold more vehicles than in any June in history. 49.3% of Porsche sales in June were Cayenne-derived, some way up on the 45% year-to-date total. For the third time this year, Kia sales were down despite the introduction of the new Cadenza.

GCBC will be updating the sortable table below with incoming sales figures throughout the day and will rank automakers by June volume by the end of the afternoon.

Don’t like to see automakers arranged alphabetically? Click column headers to sort automakers by June ranking, June 2013 sales, year-over-year change, or any other order. Best seller lists for cars, trucks, and SUVs will be added later this afternoon. You can always find historical monthly and yearly sales figures for any brand by clicking the brand name in the table below or by selecting a make (or model) at GCBC’s Sales Stats page.