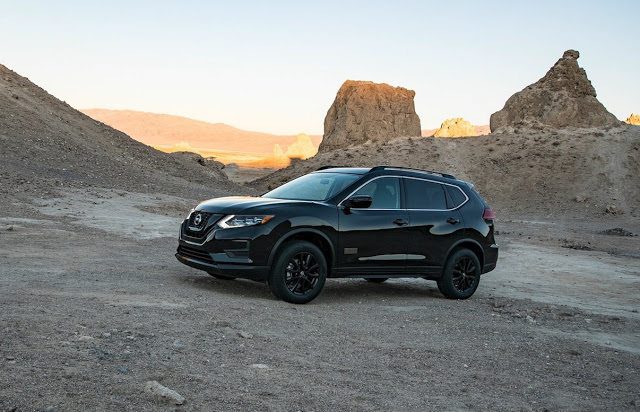 After U.S. auto sales surged to an all-time December high at the tail end of 2016, forecasters assumed that January – traditionally the lowest-volume month on the calendar – would not measure up to last year’s standard. With strong incentives available from keen automakers in December, some of January’s sales were pulled forward.

Indeed, as automakers reported their January 2017 sales throughout the day, it was obvious that harsh declines at Fiat Chrysler Automobiles and Toyota Motor Corp. – both of which fell 11% – would not be overcome by more modest upticks at Honda, Nissan, and Subaru.

America’s fastest-growing auto brand in January was once again Jaguar, just as it was in 2016. Jaguar volume more than doubled to 2939 units. Among volume brands, Volkswagen’s 17% uptick – relative to dreadful results in January 2016 – was best. Audi, Mazda, Lincoln, and Infiniti reported double-digit percentage increases.

Four FCA brands – Chrysler, Dodge, Fiat, and Jeep – were among the 16 brands to report declining volume in January 2017. Chrysler’s 39% drop was worst of the bunch.

The Honda Civic was America’s best-selling car in January 2017; its CR-V sibling led all utility vehicles. The Ford F-Series was America’s top truck line and the top-selling new vehicle overall.

January accounts for 8.5% of the calendar, you’ll recall. But this is not the most consequential month. In fact, at no point in 2017 will sales likely be this low, as January typically accounts for 6.5% of a given year’s new vehicle sales volume.

If you don’t wish to see automakers arranged alphabetically, click column headers to sort automakers by January sales, year-over-year change, year-to-date totals, or any other order. Best seller lists for cars, trucks, and SUVs will be added later this afternoon. In the coming days, GCBC will also publish a complete list of year-to-date sales for every single vehicle line, a list which includes brand results. (Check out the 2016 version here.) You can always find historical monthly and yearly sales figures for any brand by clicking the brand name in the table below or by selecting a make (or model) at GCBC’s Sales Stats page.

Click column headers to sort by specific categories. Using the mobile version of GoodCarBadCar? Thumb across the table for full-width visibility or switch to the web version at the bottom of the page, at which point columns will be sortable.
February 2017 • December 2016 • January 2016 • Updated at 3:58 PM AT on 02.01.2017

Source: Automakers & ANDC
Red font indicates declining year-over-year volume
* Does not include Lamborghini
^ Excluding Sprinter/Metris: up 3.5% to 25,527.
° Alfa Romeo, Chrysler, Dodge, Fiat, Jeep, Ram = FCA
WSJ estimate for Tesla: up 81.8% to 4000
estimate for Tesla: up 34.9% to 2800.
HybridCars.com estimate for Tesla: up 29.4% to 2200.
† Industry total takes into account Automotive News figures/estimates for brands such as Tesla and other low-volume, high-priced manufacturers.