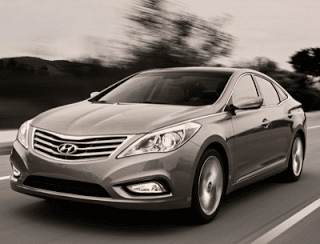 Typically, America’s auto market slides a bit from March’s high levels, and April 2013 was be no exception to this rule. Forecasters expected big year-over-year increases, however, particularly in the pickup truck and crossover sectors. In the first quarter, F-Series sales rose 17%. Indeed, all six of America’s leading pickup trucks posted gains better than 15%.

While the Toyota brand suffered a slight decline, trucks – yes, trucks – were up 11.6%.

Don’t blame the Routan for Volkswagen’s 10% April slide, though only three were sold. Passat sales fell 10%, the Eos plunged 34%, total Golf sales slid 33%, and sales of the Jetta sedan were off by 19%.

Gains at General Motors were made across the map, at all four brands. As for trucks, Silverado sales jumped 28%; Sierra sales climbed 13%. Soon to be extinguished, the Chevrolet Avalanche and Cadillac Escalade EXT jumped 15% and 41%, respectively.

In comparison to last April, Hyundai’s record April volumes in 2013 didn’t look terribly impressive. But keep in mind, Hyundai sold only 44,023 vehicles in April 2010. The big gains were made in 2011, and Hyundai hasn’t yet generated a lot of extra capacity to increase sales. Subaru set another sales record in April, and so they should have. The company is selling many more models than they used to.

Only nine brands recorded year-over-year decreases in April, the worst belonged to the dead Suzuki brand, but Mitsubishi, Chrysler, Smart, and Volkswagen all fell at least 10%. Year-to-date, Lincoln’s 13% drop is most noticeable. As far as improvements, Cadillac, Porsche, Dodge, Buick, and Ram have all moved up more than 20%.

Brand and corporation names can be clicked in the list below if you’re looking for historical monthly and yearly sales figures, which you are. The list is sortable, and rankings will be insert at the end of the day, along with market share tallies. Best seller lists for trucks, cars, and SUVs will be added at the end of the afternoon, as well. As per the norm, you can select a make and model at GCBC’s Sales Stats page to find historical monthly and yearly sales figures for specific vehicles.

Source: Automakers & ANDC
Red font indicates declining year-over-year volume
*Does not include Lamborghini
Corrections were made to the market share figures for the eleven corporations listed at the bottom of the table at 8:45 AM AT on 05.02.2013.