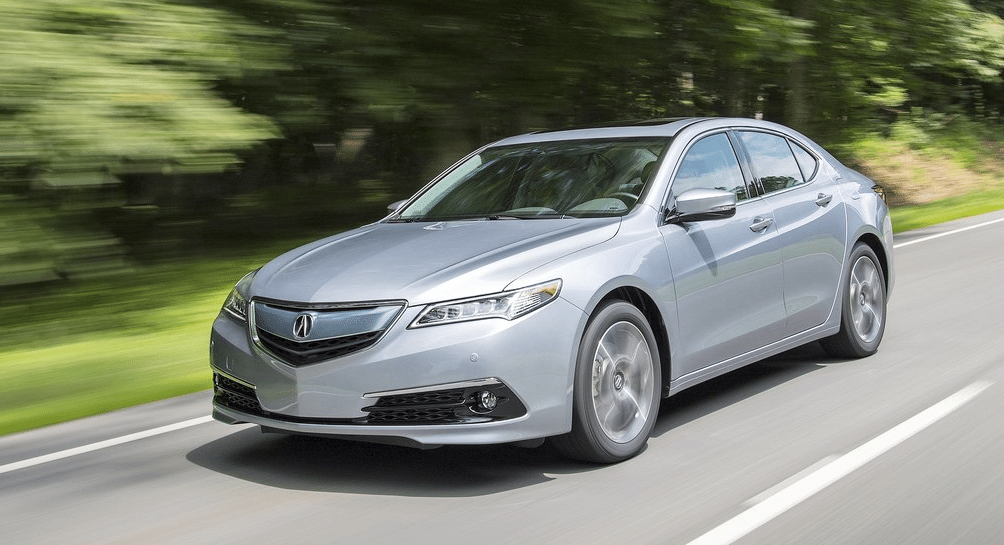 Acura has long been in need of replacing the TL and TLX, and in one fell swoop they’ve done so with the TLX. (We’ve placed the TLX, with its base price of $30,995 and its clear sporting intentions – unlike the truly midsize, comfort-oriented Lexus ES – with the smaller/entry luxury machines. There’s plenty of overlap in these categories, and calling up the TLX as a Lincoln MKZ rival, or the Infiniti Q50 as a  Cadillac CTS alternative, is as justifiable as it is erroneous.)

For just leaving the starting gate, the TLX’s first month with 2286 sales would be more than enough to make Acura dealers happy. (They still had 703 TSXs and TLs to sell, too.)

It’s far too early to judge the TLX. Recent Acura car introductions haven’t gone well, from the ILX to the RLX (down 53% to just 216 units in August) to the outgoing TL and TSX. The TLX doesn’t have what it takes visually to change that trend, but it may have what it takes economically – with very low prices – and under the skin.

Meanwhile, BMW sold 12,477 3-Series and 4-Series sedans and coupes and hatchbacks and wagons and convertibles in August, 2.5 times the total achieved by Acura’s whole car division. Comparisons with the 3-Series, of course, don’t flatter any rival automaker, not Acura, not Mercedes-Benz, not Audi.

Source: Automakers & ANDC
* vehicle also displayed in another GCBC segment breakdown
^ BMW USA, not GCBC, has decided to combine sales figures for the 3-Series and 4-Series, the 1-Series and 2-Series. Acura has done the same with the new RLX and old RL.
^ A4 includes Allroad, without which A4 sales were up 15% to 3233 in August; down 1% to 23,349 YTD.
^ Jointly, Q50 and G sedan sales were down 23% to 4201 in August; up 29% to 34,449 YTD. Total G, Q60, Q50 sales were down 26% to 4803 in August; up 17% to 39,753 YTD.
GCBC isn’t here to break down segments, an impossible task for any group, but to display sales data for the sake of comparison. The more ways sales data can be displayed, the better. This explains why you’ll see the Acura ILX here but also with mainstream cars like the Buick Verano, too, and the Audi A5 is also displayed with coupes and convertibles… because readers have wanted it both ways. Hyundai USA, not GoodCarBadCar, chooses to combine sales figures for the Genesis sedan and Genesis Coupe, forcing us to include the Genesis with volume-brand cars on pricing grounds before we even get to the “brand status” issue. The K900, Equus, and XTS are here not because of their size but because of their price points, their lack of direct comparability with the Mercedes-Benz S-Class. You can always find the sales results for EVERY vehicle and form your own competitive sets by using the All Vehicle Rankings posts.