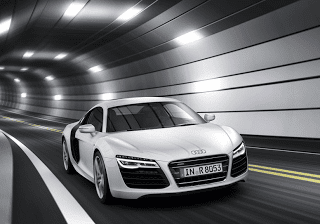 Judged by volume, America’s worst-selling cars in August 2012 included machines such as the Audi R8, Mercedes-Benz SLS AMG, and Nissan GT-R. This should come as no surprise. Those cars were never intended to sell in large numbers. It’s also worth noting that companies like Lamborghini, Ferrari, and Maserati sell cars in low numbers, as well, but don’t release specific model sales data.

Comparing sales figures from August 2012 with August 2011 sheds a whole new light on the matter. Here we see that a different crop of cars qualify as worst sellers because of the way in which sales have tumbled.

It seems as though Honda has forgotten about the need for improving or drastically altering the CR-Z while focusing on making the 2013 Honda Accord PHEV as ugly as can be deemed reasonable. Hyundai expected Santa Fe sales to fall as the old model departs and the new model slowly arrives. Whether or not it proves that the Nissan Leaf’s limited range is scaring off buyers, its limited range certainly limits the scope of potential buyers, a group of individuals which appears to be shrinking. Leaf sales are down 31.5% year-to-date. The Lexus LFA is a high-end special-order supercar that competes with the most exotic of Ferraris. The fact that sales dropped 50% in August means nothing.

The BMW 7-Series is one of five BMW passenger cars to suffer a year-over-year decline in August. Its 56% drop wasn’t the worst. Like the Chevrolet Colorado, the GMC Canyon is in a bit of a lull. There’s no new Canyon yet, but the current Canyon is basically done. Infiniti’s EX37 probably won’t do a whole lot to help sales of what was the EX35, but the changeover could partially explain this slide. BMW 5-Series sales declined by 2606 units in August. Year-to-date sales are up 4%. The Honda Insight isn’t a Toyota Prius – sales have fallen consecutively in every month since March. August was the 16th consecutive month in which Honda Insight sales fell on a year-over-year basis. And Porsche dealers have been waiting for a Cayman for what seems like ages.

Historical monthly and yearly sales figures for all these models can, as always, be accessed through the first dropdown menu at GCBC’s Sales Stats home. Check out America’s best-selling vehicles here. Examine August’s losers by glancing at the tables below. Just don’t read too much into one month’s results.