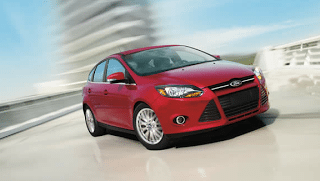 The growth of America’s most dominant pickup trucks stalled in September. The four best-selling trucks – Ford’s F-Series, GM’s Silverado and Sierra, and Dodge’s Ram – either posted losses or posted increases well below the industry average.

America’s four leading utility vehicles assumed 6.3% of the industry’s total volume last month. Of those four, the Ford Escape, Honda CR-V, and Ford Explorer improved their sales at an above-average pace. America’s two best-selling minivans did so also. Dodge’s Grand Caravan expanded its lead over the Honda Odyssey to 10,303 units with one quarter of 2012 remaining.

Historical monthly and yearly sales figures for all these vehicles can always be accessed through the first dropdown menu at GCBC’s Sales Stats home or, for non-mobile users, near the top right of this page. Brands were ranked by volume yesterday and other best seller lists were published then, as well. Pertinent links are clickable at the bottom of this post.

America’s 20 best-selling automobiles are also profiled in the accompanying chart. Their market share as it compares with the rest of the market’s offerings can be seen by clicking the chart for a larger view. Below you’ll find complete data on America’s 30 best-selling vehicles from September 2012.