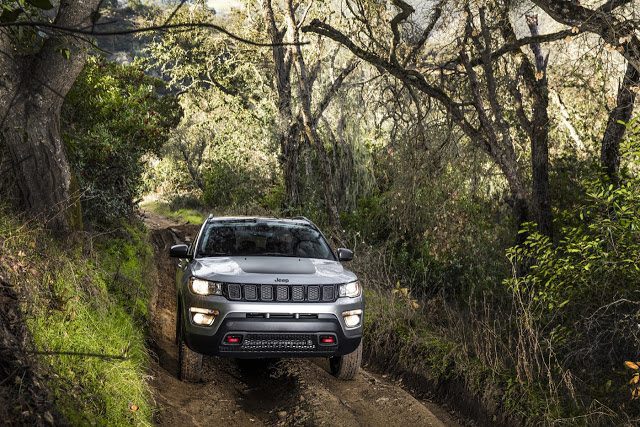 The American auto industry reported its fourth consecutive month of year-over-year decline in April 2017, confirming the fact that the downturn, while modest, is now entrenched.

Auto sales in the United States have fallen by more than 2% in the first-third of 2017. In comparison with early 2016, that equals a drop of 135,000 units despite rising SUV/crossover sales and a pickup truck uptick, as well. The Ford F-Series, for instance, America’s best-selling vehicle, is up 7% this year, while America’s top-selling utility vehicle, the Nissan Rogue, has already added nearly 37,000 sales this year.

The U.S. auto industry broke sales records in calendar year 2016, driving total volume to a never-before-seen result of more than 17.5 million sales. As was the case last year, cars are restraining the market from greater growth. The Toyota Camry and its chief rivals are all selling distinctly less often in 2017 than they did in 2016.

As for April specifically, pickup truck sales declined for the first time since May of last year as nearly every nameplate in the category suffered declines. Minivan volume plunged for an eighth consecutive month. Commercial van sales took a hit, as well.

One new model was added to the U.S. new vehicle fleet in April 2017. Toyota sold the first 550 copies of the new C-HR, a front-wheel-drive rival for the Kia Soul and subcompact crossovers.

Reminder: these are 2017 year-to-date rankings, but you can sort vehicles by April volume by clicking the April 2017 column header, or you can rank vehicles by improvements or declines using the % columns. Or, most importantly, you can list automakers together by selecting the Vehicle column header.

Source: Automakers & ANDC & WSJ
* Italicized, asterisked, unranked lines are nothing more than available breakdowns, already included in the model’s total, not in addition to the model’s total.
² Total Prius Family sales: -19% to 9708 in April; -17% to 36,342 YTD.
³ Hyundai USA combines sales of the Genesis and Genesis Coupe. Mercedes-Benz USA, not GCBC, is also intermittently combining E-Class and CLS-Class sales figures and Sprinter/Metris figures.
° Overall market figure is a combination of all reported sales figures and HybridCars.com estimate for Tesla.
` FCA figures in this space include Alfa Romeo, Chrysler, Dodge, Ferrari, Fiat, Jeep, Maserati, and Ram.
† Tesla figures are estimates from HybridCars.com.
Sales data for brands such as Aston Martin, Ferrari, Lamborghini, Lotus, Rolls-Royce etc. are unfortunately not broken down by model. estimates say sales for Aston Martin and Lotus in 2017’s first four months were 228 and 12 units, respectively.
Tesla, unfortunately, doesn’t release model-specific monthly U.S. sales data, but we source estimates from HybridCars.com and The Wall Street Journal.
HybridCars.com Model S sales estimate: -29% to 1200 in April; down 13% to 7200 YTD.
HybridCars.com Model X estimate: -40% to 900 in April; +24% to 5200 YTD.
WSJ Model S estimate: down 12% to 1850 in April; down 6% to 7650 YTD.
WSJ Model X estimate: +150% to 2000 in April; +246% to 7950 YTD.