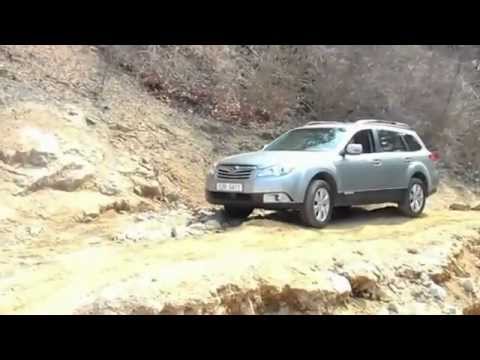 Is the Subaru Outback an SUV or a car? Does it matter?

For the sake of comparison, GoodCarBadCar has thrown the Outback, Honda Crosstour, and Toyota Venza in with the U.S. midsize SUV sales table below, while also separating the trio, and a trio of offroaders below them. As a midsize car, the Outback ranked behind eleven sedans in April. Viewed as an SUV, the Outback sold more often than the Chevrolet Traverse last month, but less often than the Toyota Highlander and Honda Pilot, and it was quite a ways back of the Ford Explorer.

Regardless, it’s patently clear that vehicles like the Outback go beyond classic definitions. GoodCarBadCar attempts to go deeper by showing vehicles with multiple competitive sets, but we also compile all the data in one place: 258 vehicles were ranked by year-to-date and April 2013 U.S. sales earlier this month.

Viewed that way, the Outback is America’s 40th-best-selling vehicle, ahead of the Dodge Grand Caravan but behind the Chrysler Town & Country. Minivan sales are down 7.4% in the United States this year as Americans buy six Pathfinders per Quest and just as many Highlanders as Siennas, plus 4Runners and Venzas.

You can click any model name in the tables below to find historical monthly and yearly U.S. sales data. You can also select a make and model at GCBC’s Sales Stats page. These tables are now sortable, so you can rank U.S. midsize SUVs any which way you like. Suggestions on how GCBC should break down segments can be passed on through the Contact page.

Source: Automakers & ANDC
* vehicle also displayed in another GCBC segment breakdown
GCBC isn’t here to break down segments, an impossible task for any group, but to display sales data for the sake of comparison. The more ways sales data can be displayed, the better, right? This explains why you’ll see the Outback and Venza here but also with midsize cars, too, and the tweener-sized Sorento and Santa Fe are shown with midsize SUVs and small SUVs, and the pricey FJ Cruiser and Xterra with smaller utilities, as well… because readers have wanted it both ways. You can always find the sales results for EVERY vehicle and form your own competitive sets by using the All Vehicle Rankings posts.