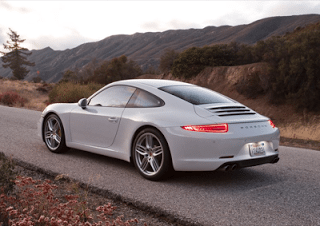 America’s favourite luxury car in April 2013 was the BMW 3-Series. Unless you think “luxury” means “really expensive”, in which case BMW’s 5-Series was the best-selling car priced, at a minimum, above $45,000.

The BMW 3-Series and 5-Series, like twelve other vehicles in this post, are German. These Germans are widely considered to be premium. Even in $30,800-not-popular-enough X1 form, BMWs are thought of as luxury cars.

Keep in mind, you can spend $10,415 in options on a top-of-the-line all-wheel-drive Buick LaCrosse Premium. That makes the LaCrosse a $48,770 vehicle, which certainly takes it past the Camrys and Accords of the world. Is it a stretch to say Buick is now roundly perceived to be a luxury brand? Yep. But Buick thinks it’s a luxury brand, and GM is pricing its cars as such. Regals stretch to $38K, which is where Enclaves start. At $24,200, the Encore is affordable, but probably not to the buyer who’s looking at a sub-$20K Mitsubishi Outlander Sport.

Veranos, meanwhile, have a base price that’s 35% higher than the base price of a Chevrolet Cruze. From a sales volume perspective, Buicks certainly aren’t selling like mainstream cars, either. That has something to do with their level of desirability, obviously, but it probably suggests that potential customers see them as expensive alternatives to mainstream brand cars.

Unfortunately, Buick’s inclusion here generates so much ire and celebration that it takes away from the successful placement of other cars. Both the Lexus RX and Lexus ES outsold the Enclave and LaCrosse. The Lincoln MKZ, with its best month ever, outsold the Buick Verano. 468 of the 3611 Audi A4s sold in April 2013 were Allroads. The Acura RDX reached new heights.

Among pricier machines, the Chevrolet Corvette, Mercedes-Benz SL, and Porsche 911 all cracked the top 15. BMW’s 7-Series and Infiniti’s QX56 fell out of contention.

It’s impossible to precisely determine which vehicles should be labelled “luxury” and which cars shouldn’t, at least in a way that pleases everyone. That’s why, tomorrow, you’ll see rankings of all vehicles of every kind, free from labels. And that’ll give you the opportunity to say that the Chevrolet Malibu is America’s best-selling luxury car, if you’re so persuaded.

As we never fail to mention, historical monthly and yearly sales figures for all these vehicles and every other nameplate can be accessed by selecting a make and model at GCBC’s Sales Stats page. Key best seller lists are available at the Best Sellers page, and also at the bottom of this post.

Source: Manufacturers & ANDC
Red font indicates year-over-year declining sales
$45,000 USD (before delivery) is an arbitrary borderline, but if GCBC was to follow this system of designating only expensive vehicles as luxury vehicles, adding approximately $15,000 to the average new car transaction price seemed like a fitting place to begin. Plenty of less expensive vehicles with specific models feature prices above $45,000 – M, RS, and AMG models come to mind, specifically – but in the case of the second list, we know that none of the registrations were of cars priced at $32,550, as would be the case with the new BMW 320i, which costs less than a Honda Accord V6 Touring. The biggest problem with a $45,000 minimum price of entry? Cars like the Cadillac XTS, which starts at $44,075, and SUVs like the $44,655 GMC Yukon XL.