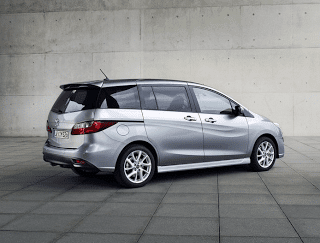 For the second consecutive month, minivan sales in America were stronger than they were in the equivalent period in 2012. July 2013 minivan sales grew 0.3% in the United States but remain down 4.1% through the first seven months of 2013.

The category’s growth in July came only from two vans, the class-leading Honda Odyssey and the second-ranked Toyota Sienna. Combined, the Chrysler Town & Country and Dodge Grand Caravan twins owned 38% of the market, down from 40% a year ago, down from 42% a month ago.

North of the border – where the Chrysler twins are assembled – the T&C and Grand Caravan owned 62% of the category in the first half of 2013, and that’s taking into account the presence of the Kia Rondo and Chevrolet Orlando.

Honda’s surging Odyssey sales may slow after a clear-out of MY2013 models ends.

On the other hand, Odyssey volume may continue to grow now that the 2014 model includes a few key improvements.

With five months remaining, the Odyssey is 6566 sales ahead of the Toyota Sienna… and 55,761 sales back of Chrysler’s combined figure.