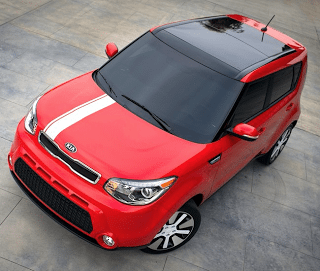 America’s 20 top-selling vehicles in November 2013, fewer than 10% of the available nameplates, accounted for 38.3% of the U.S. auto industry’s sales last month.

One out of every 20 new vehicles sold was a Ford F-Series pickup truck.

The F-Series is routinely America’s top-selling vehicle line. Its nearest rival, the Chevrolet Silverado, trailed the top-ranked F-Series by 31,115 units in November, after trailing the F-Series by 25,625 units a year ago.

Trucks were slotted in as America’s first, second, fourth, 20th, and 26th-best-selling vehicles in November 2013. Overall, pickup trucks were responsible for 14.1% of the industry’s November volume, up from 13.5% in November 2012.

Compared with November of last year, the Volkswagen Passat, Kia Sorento, Nissan Rogue, Kia Optima, and Toyota Prius were knocked out of the top 30 in November 2013. Joining the top 30 in their places were the Toyota Highlander, Nissan Sentra, Kia Soul, Subaru Forester, and Chevrolet Malibu.

Compared with the prior edition of this list from October, the Kia Optima, Dodge Grand Caravan, and Nissan Rogue are missing from November’s U.S. top 30. The Highlander, Sentra, and Soul are their replacements.

GCBC has already published rankings for 36 different brands and 14 different trucks and 20 SUVs and crossovers and 20 passenger cars. Below, you’ll find a list where all vehicles of all types are thrown in together: the 30 most popular vehicles in the United States in November 2013.