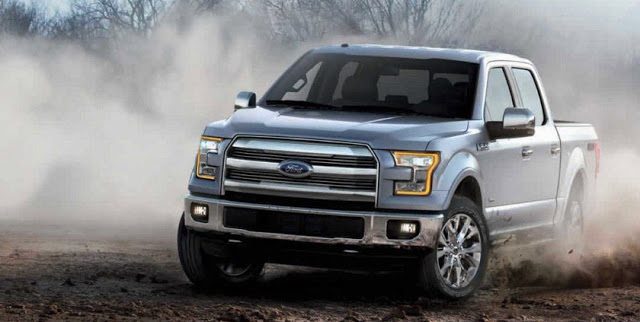 The Ford F-Series burst into March 2017 with a 10% year-over-year U.S. sales increase, driving its share of the full-size truck market up to 40% and claiming more than 5% of the overall new vehicle market.

That overall market posted a third consecutive month of decline, albeit a modest dip. But the F-Series and pickup trucks in general were on the rise. So too were SUVs and crossovers, sales of which grew more than 9% as the Nissan Rogue grabbed fourth spot overall and SUVs/CUVs slipped into sixth, eighth, 11th, 14th, 15th, and 17th positions, earning 12 of the top 30 positions overall.

We’ve already published March lists for the 20 best-selling cars, 20 best-selling SUVs and crossovers, and complete figures for every pickup truck, links to which you’ll find above. Throwing all those vehicles into one group results in this list of the 30 best-selling vehicles overall. We end up with five pickup trucks, one minivan, 12 cars, and 12 utility vehicles.

Compared with March 2016, March 2017’s list of the 30 top-selling vehicles in America includesthe Dodge Grand Caravan and Chevrolet Cruze. They filled the gap left by departing members, the Ford Edge and Nissan Versa.