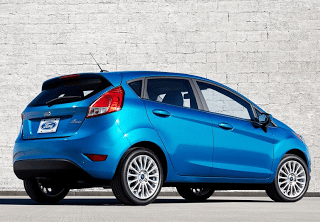 4.8% of the new vehicles sold in America in June 2013 were Ford F-Series pickup trucks. Three of the seven best-selling vehicles in America – four of the top 22, five of the top 29, six of the top 45 – were trucks.

Also during June, five of America’s ten best-selling vehicles were traditional passenger cars, twelve of the top 20, 15 of the top 30.

America’s top-ranked utility vehicle is the eighth-ranked Ford Escape. The Honda CR-V was the only other SUV or crossover to crack the top 10. There are seven other utility vehicles in the top 30.

The Honda Odyssey, America’s favourite minivan this year, was the 28th-best-selling vehicle in America in June. June marked the third consecutive month in which the Odyssey was in this group of America’s 30 favourite vehicles.

The Chrysler 200 was the only nameplate present on this list in May that didn’t crack the top 30 in June. It was replaced by the Chevrolet Impala, which moved up from 38th spot to 19th. The Chevrolet Cruze rose from 14th to fourth.

Historical monthly and yearly sales figures for any of these models can always be accessed through the dropdown menu at GCBC’s Sales Stats page, and for those not viewing the mobile version of this site, near the top right of this page, as well. GCBC has already published rankings for 36 different brands and 14 different trucks and 20 SUVs and crossovers and 20 passenger cars. Below, you’ll find a list where all vehicles of all types are thrown in together: the 30 most popular vehicles in the United States in June 2013.