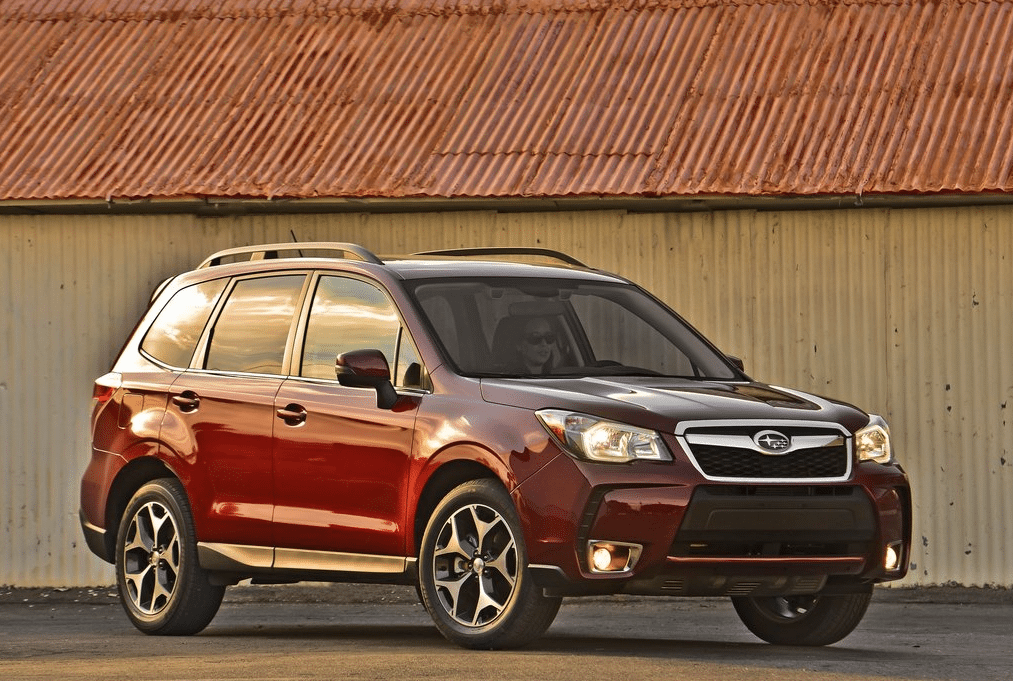 The Ford F-Series was America’s best-selling vehicle line in July 2014. That’s not surprising. The difference in July? Compared with the equivalent period in 2013, F-Series sales increased.

America’s best-selling car, the Toyota Camry, outsold the second-ranked car by more than 9000 units. Its smaller sibling, the sixth-ranked Toyota Corolla, led all small cars for the sixth time this year. The Toyota RAV4, not the Ford Escape, was America’s second-ranked SUV/crossover. 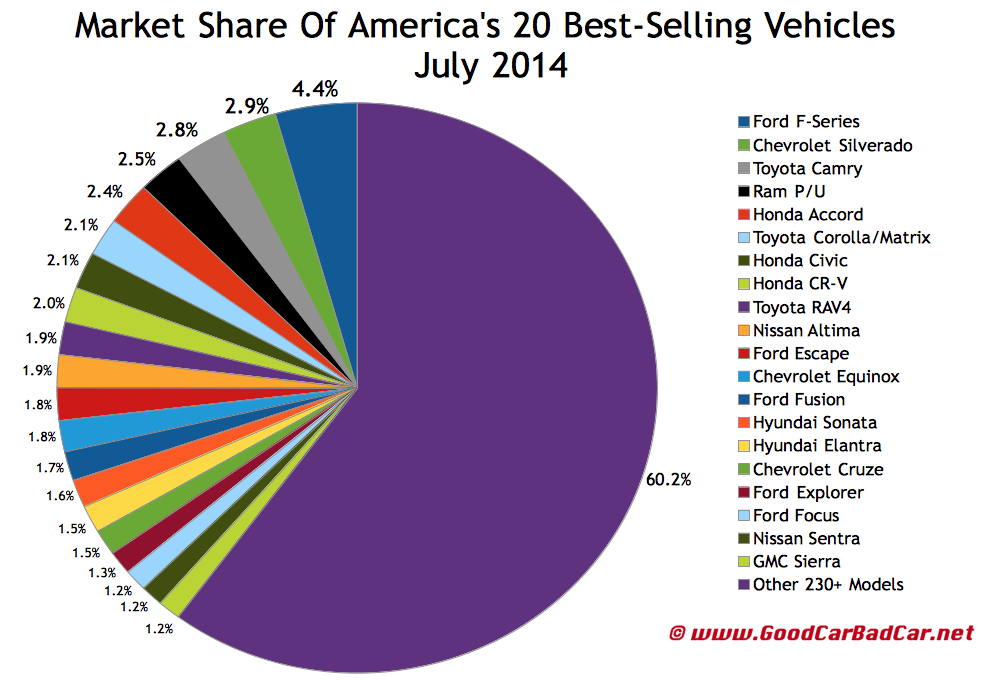 This result was achieved by growth from the vast majority of auto brands: only Mini, Honda, Cadillac, Volkswagen, Volvo, Acura, Scion, and Jaguar reported year-over-year decreases. On the other end of the scale, Jeep sales were up 41% (there are three Jeeps in the top 25 of this best sellers list), Subaru sales were up 27% (the Forester ranked 27th, up from 39th a year ago), and GMC sales shot up 22%.

The Forester is one of five vehicles, along with the Kia Soul, Nissan Versa, Nissan Sentra, and Jeep Cherokee, that weren’t part of this top 30 list in July 2013. They’ve replaced the Chevrolet Impala, Honda Polot, Honda Odyssey, Volkswagen Jetta, and Toyota Tacoma. Compared with the previous month’s edition of this list, the Chrysler Town & Country and Chevrolet Impala were knocked off; the  Kia Soul and Nissan Versa were added.

We’ve already published July lists for the 20 best-selling cars, 20 best-selling SUVs and crossovers, and complete figures for every pickup truck, links to which you’ll find above. Throwing all those vehicles into one group results in this list of the 30 best-selling vehicles overall. We end up with four pickup trucks, zero minivans, 16 cars, and ten utility vehicles.