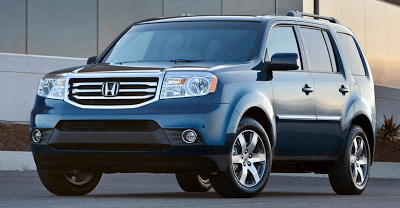 Five of America’s 24 best-selling vehicles in July 2013 were pickup trucks. Together, those five pickups accounted for 12.5% of the industry’s volume.

America’s five top cars – Camry, Civic, Accord, Altima, Cruze – were responsible for generating 11.7% of the auto industry’s July sales. The five leading SUVs and crossovers brought in 8% of July’s 1.31 million sales, while the five leading minivans attracted just 3.2% of buyers.

Only one of those minivans appears on this list of America’s 30 best-selling vehicles. The 27th-ranked Odyssey did climb higher than it has all year, however. It’s one of five Hondas in July’s top 30.

There are also five Fords, six General Motors products (including five Chevrolets), five Toyotas, two Jeeps and the Ram P/U, two Hyundais and one Kia, two Nissans, and one Volkswagen.

A month ago, the list of America’s 30 most popular vehicles included the Ford Edge. It was replaced in July by the Honda Pilot. Other than that, there were changes in the order. The Chevrolet Cruze slid from fourth to ninth; the Chevrolet Malibu from 16th to 30th, for example.

Historical monthly and yearly sales figures for any of these best-selling automobiles can always be accessed through the dropdown menu at GCBC’s Sales Stats page, and for those not viewing the mobile version of this site, near the top right of this page, as well. GCBC has already published rankings for 36 different brands and 14 different trucks and 20 SUVs and crossovers and 20 passenger cars. Below, you’ll find a list where all vehicles of all types are thrown in together: the 30 most popular vehicles in the United States in July 2013.