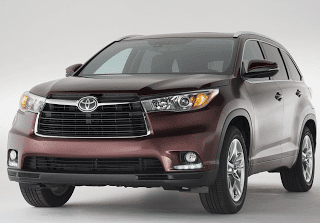 Most assuredly, the F-Series was America’s best-selling vehicle in December. Combined, the second-ranked Chevrolet Silverado and third-ranked Ram P/U only outsold the F-Series by 1406 units.

According to the Automotive News Data Center, December was a month of little growth in the U.S. auto industry as total sales rose by just 2602 units.

Passenger cars were the drag, falling 3.5%. You’ll find symptoms of that underlying issue at Toyota, where America’s most popular car, the Camry, fell 5% in December.

Honda’s Civic, America’s leading small car, fell 12% in December, and sales of the second and fourth-best-selling cars in December – the Toyota Corolla and Chevrolet Cruze – were down 9% and 14%, respectively.

GCBC has already published rankings for 36 different brands and 14 different trucks and 20 SUVs and crossovers and 20 passenger cars, links for which you’ll find at the bottom of this post. Below, you’ll find a list where all vehicles of all types are thrown in together: the 30 most popular vehicles in the United States in December 2013. Shortly, you’ll see the 2013 year end edition of this overall best sellers list.