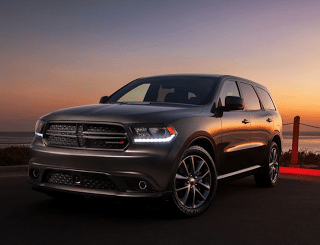 The Kia Soul, Honda Odyssey, Jeep Grand Cherokee weren’t in the top 30 in March 2013, but they replaced the Nissan Sentra, Nissan Versa, and Chevrolet Impala in April.

Their sampling sizes are small, but the Sentra/Versa/Impala disappearance is symbolic of a passenger car market which grew just 2.8% and a light truck market which generated 15% gains. Notice that the eight cars on this list of America’s 30 best-selling vehicles which reported year-over-year decreases were all cars?

American automobile dealers are selling more cars – 76,042 more in the first four months of 2013 than during the same period in 2012 – but the real more is coming from trucks and SUVs and crossovers. 259,406 more have been sold this year than last. Minivan sales are down 7.4%.

Historical monthly and yearly sales figures for all these vehicles and every other nameplate can be accessed by selecting a make and model at GCBC’s Sales Stats page. Key best seller lists are available at the Best Sellers page, and also at the bottom of this post.