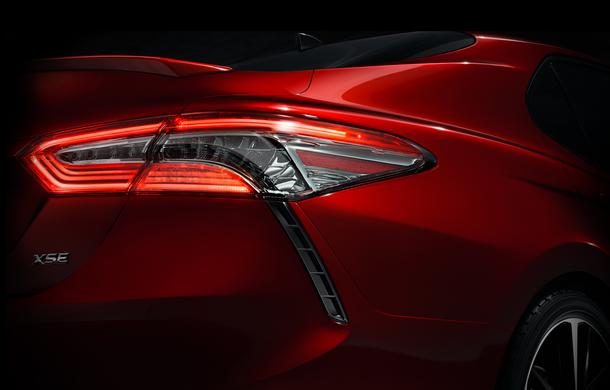 Pickup trucks earned all three podium positions on this list of America’s 30 best-selling vehicles in November 2016 as part of a segment that earned 16% of the overall U.S. auto industry’s sales volume.

Led by the Ford F-Series that jumped 11% year-over-year, the top truck trio grabbed seven out of every ten pickup truck sales.

Toyota will reveal the all-new 2018 Toyota Camry, teased above, at the North American International Auto Show in Detroit next month.

Compared with November 2015, the Volkswagen Jetta and Ford Focus were both knocked out of the top 30 one year later. In their places you’ll find the Kia Soul and Chevrolet Malibu.

We’ve already published November lists for the 20 best-selling cars, 20 best-selling SUVs and crossovers, and complete figures for every pickup truck, links to which you’ll find below. Throwing all those vehicles into one group results in this list of the 30 best-selling vehicles overall. We end up with five pickup trucks, 13 cars, and 12 utility vehicles.

Source: Automakers
° Corolla includes sales of both the Corolla sedan and Corolla iM.