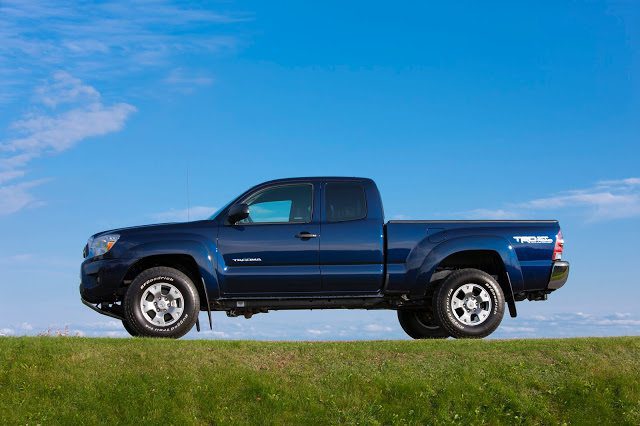 America’s 20 best-selling vehicles accounted for 40% of the new vehicles sold in the United States in May 2015. The top 30 brought in just over half of the U.S. auto industry’s May volume.

The country’s most popular vehicle, Ford’s F-Series, was once again outsold by its twin rivals from General Motors, the Chevrolet Silverado and GMC Sierra. Although the GM twins haven’t outsold the (now somewhat supply constrained) Ford F-Series in a calendar year since 2009, they’re 4497 sales ahead of the Ford heading into June. 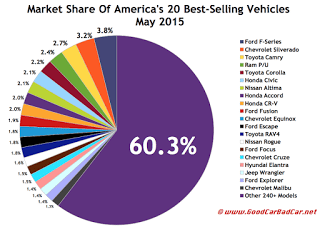 The F-Series, Silverado, and Sierra are three of the five trucks present on this list of America’s 30 best-selling vehicles in May 2015. Ram’s truck line is in a race with the Toyota Camry for third spot. The Camry finished ahead of the Ram in May but trails FCA’s truck by 976 sales year-to-date.

We’ve already published May lists for the 20 best-selling cars, 20 best-selling SUVs and crossovers, and complete figures for every pickup truck, links to which you’ll find below. Throwing all those vehicles into one group results in this list of the 30 best-selling vehicles overall. We end up with five pickup trucks, not a single minivan, 14 cars, and 11 utility vehicles.

Source: Automakers
This post was updated at 4:33 PM AT on 06.03.2015 to reflect the inclusion of the previously missing Accord.