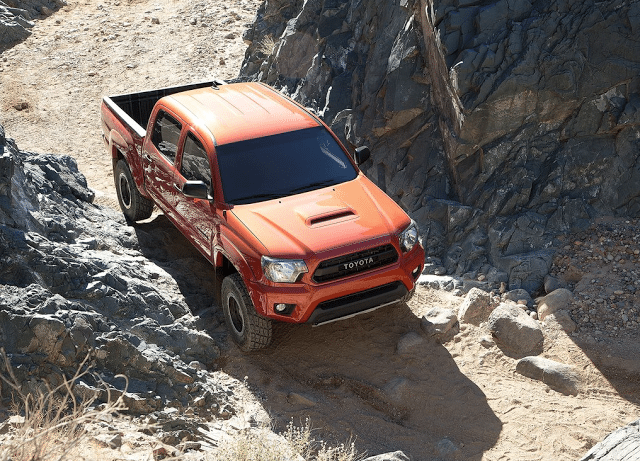 The Ford F-Series came within 3623 units of losing its title as America’s best-selling new vehicle line in June 2015, a far narrower gap than is normal for the perennial sales leader.

And as has become the case, the F-Series was roundly outsold by that number two vehicle, the Chevrolet Silverado, and the Silverado’s identical twin from GMC, the Sierra. Together, they lead the F-Series by 19,492 units through the first-half of 2015 and outsold the F-Series by 14,995 units in June alone.

America’s best-selling car, meanwhile, ranked third overall despite an 8% loss. The fourth-ranked Ram P/U didn’t pick up any steam in order to challenge the Camry, which now ranks third overall heading into the second-half of the calendar year, as well.

America’s leading utility vehicle, the Honda CR-V, ranked eighth in June but has led the SUV/crossover category in each of the last ten months. Year-to-date, the CR-V is the most popular Honda and the seventh-best-selling vehicle overall.

Compared with June of last year, the Toyota Highlander, BMW 3-Series/4-Series, and Chrysler 200 are all new entries. They took over the positions held by the Toyota Prius, Chrysler Town & Country, and Kia Optima.

We’ve already published June lists for the 20 best-selling cars, 20 best-selling SUVs and crossovers, and complete figures for every pickup truck, links to which you’ll find below. Throwing all those vehicles into one group results in this list of the 30 best-selling vehicles overall. We end up with five pickup trucks, no minivans, 14 cars, and 11 utility vehicles.

Source: Automakers
* BMW USA, not GoodCarBadCar, typically chose to combine sales of the 3-Series and 4-Series. Although BMW finally broke down those figures in June, we have combined them for consistency’s sake through the halfway point of the year.