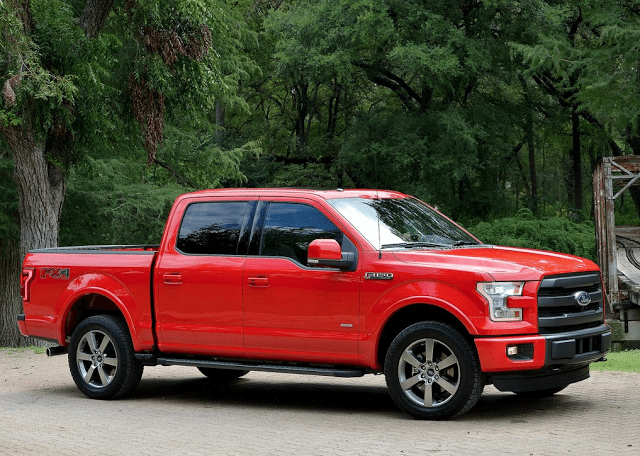 In July 2015, for the first time since January of this year, Ford F-Series volume increased. The 5% year-over-year improvement translated to 3048 extra sales for Ford compared with July 2014.

The F-Series was, however, still roundly outsold by the full-size GM twins, the second-ranked Chevrolet Silverado and 19th-ranked GMC Sierra. Combined, those trucks produced 76,188 July sales.

Pickup trucks also placed in the fourth and 22nd positions by way of the Ram P/U and Toyota Tacoma, which continues to exert control over the small/midsize truck category.

Passenger car sales slid 3% in July 2015, and evidence of that decline can clearly be seen from the two best-selling cars in America last month. Both the Toyota Camry and Honda Accord posted slight decreases. Of the 14 cars on this list of America’s 30 best-selling vehicles, six were in decline last month.

SUV/crossover volume, on the other hand, jumped 14% to control 35.6% of the auto industry in July 2015. Five of the 15 best sellers are utility vehicles.

Compared with July 2015, the Honda Odyssey and Chrysler 200 supplanted the Kia Optima and Toyota Prius among vehicles in the top 30.

We’ve already published July lists for the 20 best-selling cars, 20 best-selling SUVs and crossovers, and complete figures for every pickup truck, links for which you’ll find below. Throwing all those vehicles into one group results in this list of the 30 best-selling vehicles overall. We end up with five pickup trucks, one minivan, 14 cars, and ten utility vehicles.