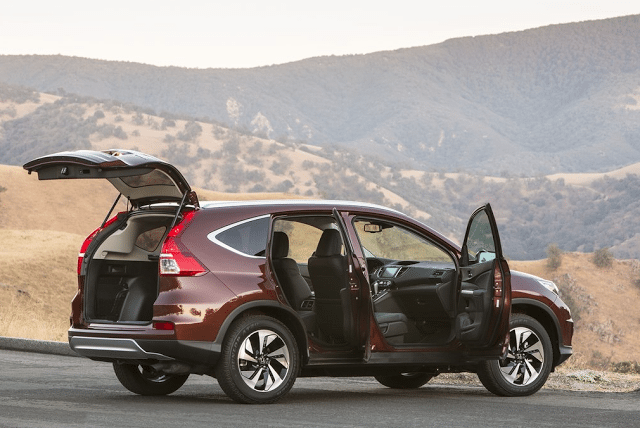 Only two of the 25 best-selling SUVs/crossovers in America in 2015 sold less often during the 2015 calendar year than in 2014. One, the Lexus RX, was entering a replacement phase in the second half of the year. The other, Chevrolet’s Tahoe, performed at such a high level in its launch year of 2014 that the pace couldn’t be matched.
Every other top seller, from the category-leading Honda CR-V (+3.2%) to the 25th-ranked Nissan Pathfinder (+3.7%), posted improved sales. And most improved more noticeably than the CR-V and Pathfinder.
The Nissan Rogue’s 44% year-over-year increase drove the CR-V fighting Nissan up into fourth place from sixth a year ago. Rogue volume improved by 87,991 units.

The Toyota RAV4’s 18% uptick equalled nearly 48,000 extra sales, year-over-year.
Yet none of the fast movers could catch the top-ranked Honda CR-V, America’s top-selling SUV for a fourth consecutive year in 2015.

The CR-V came within 9910 sales of catching the Accord as American Honda’s best-selling model. The second-ranked RAV4, though catching up in the final one-sixth of the year, trailed the CR-V by 30,000 units by year’s end.
Historical monthly and yearly sales figures for any of these best-selling SUVs can always be accessed through the dropdown menu at GCBC’s Sales Stats page, and for those not viewing the mobile version of this site, near the top right of this page, as well. GoodCarBadCar has already published the list of America’s best-selling trucks and best-selling cars in 2015 and has also posted December-specific editions.