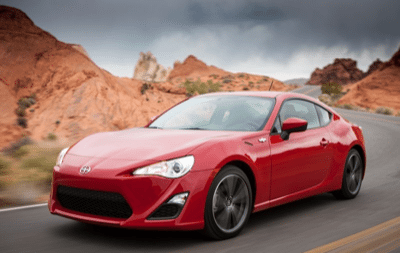 As COTY plaudits were being showered upon their new sports cars, Subaru and Scion were finishing up their eighth month of U.S. BRZ and FR-S sales. In total, 15,561 Toyobarus found American buyers in 2012 – the BRZ went on sale in May; the FR-S wasn’t properly on the market until June. As expected, the Scion FR-S was the more popular car, but much of that comes down to supply. 73% of the U.S. allotment was sold through Scion stores.

22% of the Mini Coopers sold in America in 2012 weren’t hatchbacks. Mini Convertible sales dropped 3%, but the Roadster added 2371 units to Mini’s total. Speaking of hot hatches, Mini doesn’t separate Cooper/Cooper S/Cooper JCW sales, (nor does Mazda isolate Speed3 sales, or Ford the Focus ST sales) but Volkswagen Of America does allow us to see what portion of Golf sales are generated by the GTI and R. 49% of Golf sales in 2012 were of the GTI or R variety, although The Good 12-winning GTI sales slid 3.3%.

Even now that Porsche Boxster sales are healthier than they’ve been since 2008, the Boxster isn’t selling as often as the Mercedes-Benz SLK, the dominant German roadster. Year-over-year, Boxster sales jumped 887% in December 2012, yet the SLK (up 67.3%) outsold the Porsche by 70 units. BMW’s Z4 was 51 units back of the Porsche and the Audi TT was 129 sales behind the Z4.

How important are these roadsters and two-seat coupes to the German brands? They’re huge image builders, but measured in terms of volume, the Audi A5 outsold the TT, Z4, SLK, Boxster, and Cayman in December, and did so with 223 units to spare. Year-to-date, the A5 outsold the smaller quintet by 4342 sales. We’ll start hearing more about BMW 3-Series coupe and convertible sales in 2013 when they take on the 4-Series name. Mercedes-Benz will still be hiding C-Class Coupe sales in the overall C’s total. 21.7% of the Infiniti Gs sold in America in 2012 were G37 coupes or convertibles.

At the higher end, sales of the Audi R8, Jaguar XK, Mercedes-Benz CL-Class, and Nissan GT-R were in noticeable decline in 2012. You’ll notice that the BMW’s 6-Series huge increases continue, but keep in mind, the Gran Sedan Coupe is adding to the 6er’s total. Not surprisingly, Porsche 911 sales rose sharply in 2012, and both it and the Mercedes-Benz SL-Class are selling better than they have since 2008.

As for American muscle cars, the Ford Mustang made a late surge, but the Chevrolet Camaro hung on to take the sales crown in 2012 despite falling sales. U.S. Mustang volume was up 9.5% in December and 17.8% in 2012 as a whole. There’s no denying it: when many American buyers begin their search for a fast two-door, they already know that search will end with them leaving a dealer in a Challenger, Mustang, or Camaro.

You can always find the sales figures for any vehicle by selecting a make and/or model at GCBC’s Sales Stats home. The tables visible after the jump are now sortable: click any heading in either table to rearrange vehicles by December 2012 U.S. sales volume or year-over-year percentage change or whatever it is you wish to sort. Click the headings at the far left to sort back to alphabetical order. It’s a small change, but one that makes the surveying of automotive sales data that much easier at GoodCarBadCar.net.

Source: Manufacturers & ANDC
Mercedes-Benz USA also sold one leftover CLK in 2012.
Clearly GoodCarBadCar is not suggesting that the cars in the two tables above are all direct competitors. Establishing categories among cars as unique as even the Audi TT and Porsche Boxster has never pleased a single reader, so cars have been lumped together so you can simply see how buyers looking for sports cars, roadsters, hot hatches, convertibles, GTs, and wanna-be sports cars spend their money. Greater categorization of cars would only lead to problems that automakers create by not isolating model-specific sales figures: we don’t know how many M3s BMW has sold or how many Civics are Si models, for example. The numbers we do have are listed above.