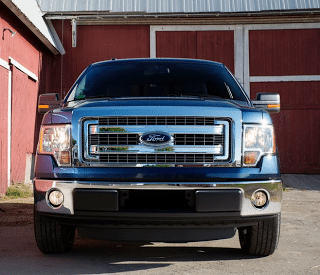 America’s new vehicle market has grown substantially over the last couple of years. Though not back to the size it was a decade ago, the U.S. automobile industry is certainly a bigger enterprise than it was in 2011, which was an improvement over 2010, which was a big improvement over the 2009 doldrums.

With growth comes change. GCBC’s secretary, a Labrador Retriever puppy named Penelope, gets faster with her extra pounds. She also grows more hair, which means more shedding. And she can now walk over children, where before she only jumped on them if they were down.

The car market grows in fits and starts and does so with the help of different companies. Of late, the Japanese, namely Toyota and Honda, are finding numbers much more befitting of America’s two favourite Japanese brands. Volkswagen has cut prices and continues to find many more buyers as a result. But with Saab, Suzuki, and Mercury dead or dying, other brands must pick up the slack.

Percentages aren’t the only numbers on which an analyst should rely. If we’re attempting to ascertain the locations from which growth stemmed, Fiat’s 20,636-unit increase, a 130% year-over-year gain, doesn’t tell us much in the grand scheme of things. Chrysler, Jeep, Dodge, and Ram have all added more sales to Chrysler Group’s October 2012 year-to-date total.

But percentage changes do mean something. We don’t expect Fiat to sell in vast quantities, nor do we believe Bentley will find hundreds of thousands of U.S. buyers on an annual basis. The second table visible after the jump is a better way of finding out how one automaker compares against itself. Fiat sales are up 130% this year. Good for Fiat. But from a U.S. market change perspective, Toyota’s 340,178 extra sales are much more meaningful.

Finally, because of the market’s overall growth, one automaker’s ability to sell more cars doesn’t necessarily mean life is good at Company HQ. Ford has sold 87,951 more vehicles in 2012 than in the first ten months of 2011, a 5.2% improvement. But Ford’s share of the overall market has fallen from 16.1% to 14.9%. Toyota’s share has improved, rising from 10.8% to 12.3%, not a great deal below what Chevrolet has managed this year.

After the jump, however, there’s a ton of information which ranks automakers by year-to-date improvements and market share. Discuss the findings amongst yourselves.