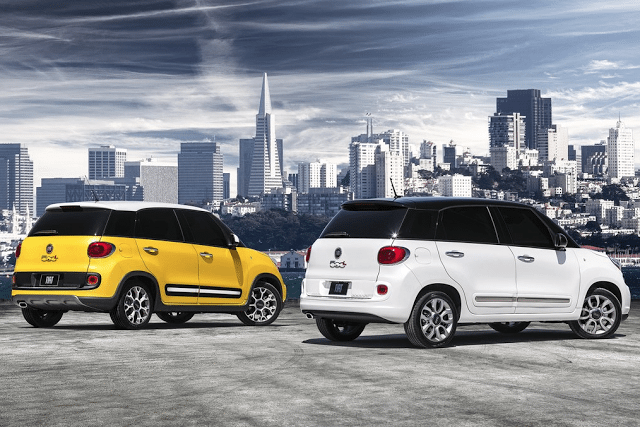 The Fiat 500L wasn’t really a car anybody has asked for.

Check that: some of the people who liked the Fiat 500 wanted a bigger version of that car, a stylish, obviously Italian, fun-to-drive Kia Soul fighter. But what they got was an ugly, obvious afterthought that isn’t fun to drive.

As a result, very few people purchased the Fiat 500L. Fiat never once sold more than 1500 copies of the 500L in a single month in America.

Then the Fiat 500X arrived. Granted, the 500X still misses the target just a little bit. It’s more obviously a crossover alternative to the Honda HR-V, Mazda CX-3, and Chevrolet Trax – and its Jeep Renegade sibling – but the 500X may appear to be too delicate, too soft, too style-centric. Only 5634 copies of the 500X have been sold in its short tenure, but now that it’s become more readily available, 2178 copies of the 500X found homes in October.

Consequently, the 500L, never desirable to begin with, plunged 68% to only 293 units and ranked among the worst-selling vehicles in America in October 2015, alongside discontinued models like the Toyota FJ Cruiser, Mazda 2, Acura TL, and Scion xD; supercars like the Nissan GT-R and Audi R8; soon-to-be-replaced vehicles like the BMW X1 and 7-Series; and the Honda Fit.

As for the Fit’s sharp 80% drop, read last month’s TTAC article to learn more about the how and why.