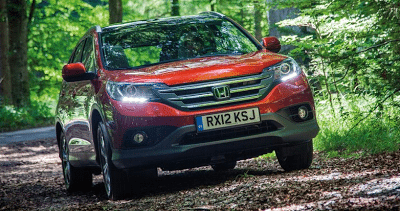 America’s 20 favourite SUVs and crossovers in July 2013 were led by the Honda CR-V, the second-best-selling utility vehicle through the first seven months of this year. The CR-V cut the Ford Escape’s lead down to just 5980 units with a 4883-unit victory in July.

Ford landed three utilities in the top 11, GM another four, Toyota/Lexus a total of three, Nissan added two, Kia and Subaru and Mazda one each, and Chrysler’s Jeep division contributed with the Wrangler, Grand Cherokee, and Patriot.

The top ten SUVs and crossovers in July combined to account for 13.1% of the overall new vehicle market. That’s up from 12.7% in July of last year.