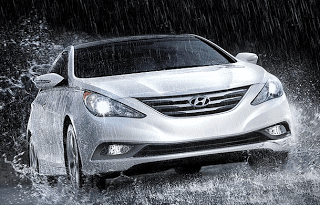 With the monthly list of America’s 20 best-selling cars, GoodCarBadCar is rarely full of surprises. The Toyota Camry was America’s most popular car in October 2013. The five top sellers were Toyotas, Hondas, and Nissan’s Altima. How rarely that is not the case.

Camry sales slid in October but are up slightly through ten months. The Honda Accord’s decline made way for the surging Honda Civic to claim second spot. Nissan Altima volume also fell, and the Toyota Corolla pushed in front of the Altima by 1852 units. The Altima ranks fourth among cars year-to-date.

America’s two best-selling compacts, the Chevrolet Cruze and Ford Focus, both posted significant year-over-year declines. But Ford’s Fusion countered with 21,740 sales, a 71% increase, and the Chevrolet Malibu was up 63.5%. No cars in the top 20 reported better YOY improvements, although the Hyundai Sonata’s 18.5% jump was out of sync with recent history. Sonata volume is down 10% this year.

America’s 20 best-selling cars in October 2013 are as follows.

Source: Automakers
Red font indicates year-over-year declining sales
* Until BMW separates 3-Series and 4-Series sales in their own release, we can’t separate them, either, as BMW is up until now refusing to separate the two.
^ Prius breakdown by variant.