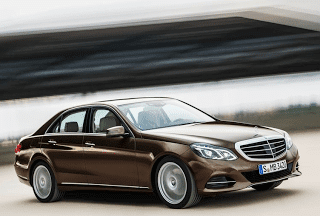 Mercedes-Benz sold more than 8600 E-Class sedans, coupes, convertibles, and wagons in November 2013, but that wasn’t enough for the E-Class to crack this list of the 20 best-selling cars in America. The 19th and 20th-ranked cars from Volkswagen and Subaru both topped 8800 units despite sharp decreases compared with November 2012.

At the top of the heap, America’s first, second, third, and fourth-best-selling midsize cars – the first, second, fourth, and fifth-best-selling cars overall, all sold more than 22,000 copies and all posted year-over-year U.S. sales increases. America’s most popular car, the Toyota Camry, topped 30,000 sales for the tenth time this year; the eleventh time in the last year.

Those four midsize cars – Camry, Accord, Altima, and Fusion – were four of eight conventional midsize cars in the top 20, four of nine if you count the Outback. There were seven conventional compact cars, plus a Kia Soul.

That leaves the BMW 3-Series and its 4-Series sibling, the Toyota Prius, and the big Chevrolet Impala to round out the top 20.

The ten leaders do much of the load-lugging, however. With 220,432 November sales between them, they jointly sell 88% more often than the next ten top-selling cars.

Historical monthly and yearly sales figures for any of these best-selling cars can always be accessed through the dropdown menu at GCBC’s Sales Stats page, and for those not viewing the mobile version of this site, near the top right of this page, as well. GoodCarBadCar will shortly publish lists of America’s best-selling trucks and best-selling SUVs in November.